By Russell Holcombe, CEO of Holcombe Financial and author of “You Should Only Have to Get Rich Once“

The reality of entrepreneurship is not success, but failure. The majority of small businesses don’t make it past the first five years and most entrepreneurs must proceed with their career working for someone else.

Having witnessed more failures than I care to remember, my suggestion is not to give up, instead incorporate some helpful principles into your entrepreneurial journey to increase your likelihood of success:

1. Maintain the ability to adapt.

Mike McQuary, co-founder of Mindspring and founder of Wheego electric cars, did not expect his largest consumer base would be retired people. It did not even enter his mind that the retired population might be the perfect fit for an electric car. They don’t have kids, stay close to home, have a fixed budget and don’t carry a lot of belongings. Wheego was trying to change the world but had no idea who they were changing it for.

Missing your target market would destroy most businesses but having the resources to adapt is key to survival. Entrepreneurs are risk takers. They are impetuous and never see an idea they do not like. The most successful entrepreneurs impose a process on their decisions – almost like the restrictor plate in NASCAR. Without it, the cars would be moving so fast they would turn into flying projectiles killing the driver and everyone that came into contact with them. Pretend you can’t expend all your resources on your great idea because more than likely, that idea is not flawless and it may crumble.

2. Find a Board of Advisors.

Each month I mentor revenue-positive startups. A new member, whose new business eclipsed over $300,000 in sales in the first six months, recently joined the group. As he told stories of partner animosity, bad sales hires, unsuccessful marketing efforts and product failures, it brought back many unpleasant memories. If only he joined our group a year ago, he could have saved on lost time, money and resources. Now he is scrambling to find financing.

His story is so familiar that it almost seems cliché. The truth is, it was not until I joined a group of fellow entrepreneurs that I discovered how critical it is to have a board of advisors. My business today has taken a positive turn and looks nothing like it did seven years ago because I joined Entrepreneurs’ Organization and reached out to clients, consultants, and even some of my competitors. Other people are able to see issues (that I am blind to) with a clarity. Clarity is something an entrepreneur cannot live without.

Creating something from scratch is an ugly process.  It is impossible to predict when and where the epiphany will happen. Ernest Hemingway wrote 500 words per day. It was impossible to predict which words would lead to a successful story but he knew that committing to the process would eventually produce something inspiring. He just had to survive the process. Most entrepreneurs fail to impose a process on decision making.

Great ideas (really not-so-great ideas in disguise) create the most amazing emotional anxiety. For instance, this software product, consultant, new sales hire or new market will make all my problems go away and success will happen. The only guarantee is that all those ideas will deplete your cash flow which lessens your ability to survive.

It is good practice to require all great ideas to steep. Come up with every reason why it is not a great idea.  Ask yourself this:  “why won’t this work?” or “what are the risks involved?” At the end of the process, which could takes weeks, proceed with the ideas that survive. It is amazing how many times even this process fails to produce a great idea. Secondly, don’t commit resources you don’t have because it is impossible to predict which ideas will succeed.

Ultimately, entrepreneurship is about surviving. Those that survive long enough are able to learn what works and what does not work. It takes a great deal of self-control, commitment and perseverance, but success is achievable! 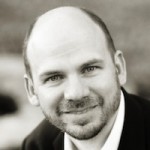 Russell Holcombe is CEO of Atlanta-based investment firm Holcombe Financial and author of the award-winning book “You Should Only Have to Get Rich Once: How to Avoid Toxic Financial Advice and Focus on What Really Matters“.