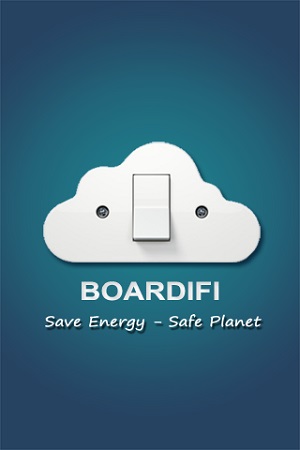 Remember the concept of smart home automation, where you have the ability, for example, to control lighting, heating, appliances, or even security locks of gates and doors, for improved convenience, comfort, energy efficiency and security? It is said that billionaire Bill Gates, founder of Microsoft, has his Medina, Washington home fully incorporated with such technology. While most of us aren’t ever likely to be able to afford a home like Bill Gates (which was built at a cost of US$63 million), a slew of startups have been developing similar technology that can help make our lives more convenient, and more green.

Take Boardifi, for example. The upcoming mobile phone app – currently on iOS – allows you to control your power points throughout your home, office or any other locations so you’re able to switch off the points not in use. It works by communicating with a device attached to your home’s power switchboard, allowing full control over energy use in your places, you can save both money as well as be energy efficient and eco-friendly as well.

Boardifi was designed by Humair Khan, who was inspired to create the app after watching Al Gore‘s movie “An Inconvenient Truth“. “(The movie) gave me a perspective how human activities for energy production via coal is basically causing problems in our (planet’s) climate activity in past few years,” shares Khan, who designed both the mobile app as well as the switchboard hardware himself. “That became my core motivation to start focus on Boardifi and save on energy wastage by giving complete control of the home and office with just the user’s fingertips. It will not only save on bills but will also conserve energy in a massive way.”

Boardifi is currently not in mass production yet, mainly due to a lack of funds. Khan hopes that there will be Asian version of Kickstarter soon where he can seek crowdfunding to help kickstart production.