By Robert D. Smith, author of “20,000 Days and Counting: The Crash Course For Mastering Your Life Right Now”

Nearly 40 years ago, I learned the one business lesson that became the foundation of every success I’ve ever enjoyed.

I was out of college for the summer and working as a door-to-door educational material salesman for the Southwestern Company. Believe me when I tell you that there is no better introduction to the feeling of rejection than having a door slammed in your face over… and over… and over again.

Every day ended the same — I was exhausted both physically and emotionally. My sales were low. I wasn’t getting nearly the amount of “Yes”s that I needed.

From that moment on, I stopped focusing on getting sales. My single focus was on the goal of doing 30 sales pitches every single day, no matter the outcome. So, even if I did 30 pitches and was rejected all 30 times, I would still accomplish my goal.

But here’s the funny part — I never could get 30 “No”s in a row. If I succeeded in doing 30 pitches, I always got at least one “Yes.” I ended up becoming one of the best salesmen… simply by not caring whether I made the sale or not.

Years later, I took this concept to another level. I had just started managing a young comedian, and was trying to get him bookings in the college market. My goal for each day went beyond simply doing 30 pitches. I was now trying to literally receive 30 “No”s every day. On each phone call, I would actually say, “You wouldn’t be interested in booking a comedian would you?”

Inevitably, someone would always end up saying, “Yes, actually, we ARE looking for a comedian.” I truly never succeeded in reaching my goal of 30 “No”s per day.

By making rejection my goal, I got to the point where “No”s meant absolutely nothing to me. I was eating them for breakfast. Worrying about rejection became a thing of the past. And when that happened, the “Yes”s started rolling in, one after the other.

Sounds crazy, right? How in the world could this have possibly worked? Here are five reasons why:

If you truly commit your mind to getting 30 “No”s every day in whatever goal you are trying to achieve, whether it’s making a sale or finding an investor, you can train yourself to actually feel happy when you get each rejection.

2. It forces you to do something.

When you take fear out of the equation, it becomes much easier to take action and pick up the phone, write the email, make the sales pitch, etc. Taking action is always better than doing nothing. Even if you’re doing it wrong, just do it so wrong that it looks right!

3. It will make you stronger in all areas of your life.

This concept goes beyond your business. If you get good at seeking rejection, that fearlessness and boldness is going to sneak into every other area of your life as well. Pretty soon, you’re going to become a fearless friend, a fearless parent, a fearless spouse. You can become the person who steps up and takes bold action.

4. You will feel massively motivated.

History has proven this again and again. Show me a successful person who didn’t spend years trying things that ended up being massive failures and I’ll show you a dancing unicorn. Steve Jobs was ousted from Apple. He came back and made them the most valuable company in the world. Michael Jordan got cut from his eighth grade basketball team. He won six titles in the NBA. You know the stories. Why can’t the same be true for you? It’s time to believe.

Whether you seek it out or not, rejection is going to find you. Why not meet it head on? If you’re ready to succeed tomorrow, you better start by failing today. What 30 “No”s will you find before the sun goes down? 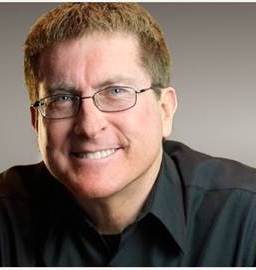 Author of “20,000 Days and Counting” Robert D. Smith is a leader in providing life-changing entertainment resources, a global customer service rep, and a favorite uncle. For more than three decades, he has managed and overseen the career of Andy Andrews, a three-time New York Times best-selling author and in-demand speaker. He has served as a private consultant to numerous best-selling authors, speakers, entertainers, and cutting-edge organizations.