If you think that the trend of big corporations and their heads misbehaving started with Enron back in 2001, I won’t take it against you. Still, it would serve you to do a little research (the Internet always delivers); what you will find is that even as far as back the times of the American industrial revolution, big business has always prioritized financial gain over being a humane, moralistic force for national growth and prosperity. It is no accident, as businesses are conceived primarily to make money; sharing the wealth is wholly optional.

For example, before John D. Rockefeller became a philanthropist. his aim was to secure a stranglehold on the country with a veritable monopoly on oil. In more recent history, before Bill Gates started giving his wealth away for noble causes, many observed that Microsoft did all that it could to become not just the top dog among the software companies, but ensure that aside from a teensy minority, they would be the only option for home and business users when it comes to personal computer operating systems.

What would the mentally above-average spectator glean from the stories of these captains of industry? Well, for starters, you shouldn’t start out in business as the nice guy. Far from it. You should be a cutthroat, unrelenting, unforgiving, and deceptive character that would even be willing to sell his mother just to get ahead. Only when you’ve proven your superiority and have successfully sheared tons of money from the public can you start playing nice, donating fractions of your wealth to help the rest of humanity.

So, if you were the top boss of a large and powerful company at the peak of its prime, does it pay to be the good and honest leader? Would you be compelled to do the right thing, even if it meant making the corporation’s bottom line (and the value of your shares) a secondary priority? Hear me out, I have but three points to make on why you should.

The Internet Never Forgives nor Forgets.

First of all, barely anything gets past the worldwide superfast information mega-express highway of the Interwebs. Ever square inch of virtual road has… virtual eyes, yeah. True, there may be a lot of trolls and mentally challenged troglodytes connected, but know that the smartest, most well-meaning, and most vigilant crusaders for world goodness are also logged on. Oh yes, they’re watching you.

If and when they do catch your hand in the cookie jar (or in darker, much dirtier places), they can mobilize the gestalt conscience of the worldwide online community to bombard you with internet flames and guilt. If they make a loud enough ruckus, the mainstream media will start to take notice. Afterwards, the government and their legal enforcement bureaus. All heck breaks loose, and soon, you’ll find yourself on a meme image. On a more serious note, you’ll probably never inspire trust in your subordinates again, and other companies will avoid you like the plague.

While it’s true that the kids of today are smarter and intuitively more connected to technology, they are also exposed to infinitely more noise, distractions, and outright misinformation. With so many voices fighting for dominance, it’s no surprise that some of our young ones have decided to shut their ears to the loud noises. Without valuable guidance, they will definitely be more prone to learning things the hard way. We can only hope that they walk away from every trial alive and relatively unscathed.

You are in a position to make a difference in the lives of the children. From where you sit, your voice will carry farther, and your influence can be felt by the young ones that badly need some wisdom and a worthy role model. Being a leader, you are a veritable rockstar, and you can champion the right causes, providing strong and broad shoulders from which the leaders of tomorrow can firmly stand on.

You Only Need So Much Money.

A study revealed that earning $75,000 a year (in the US) is the sweet spot in regards to earning capacity and happiness. Okay, since you’re the head honcho, let’s multiply that tenfold that so you can afford the condos, expensive suits, country club shares, and a couple of snazzy cars. That’s a whopping $750,000 per annum. Even with that pay, you are nowhere near the compensation levels of the S&P 500’s CEOs!

Living a decent life doesn’t really cost so much, as you can see. Instead of concentrating on jacking your company’s stock price up, build the business to be a sustainable, responsible and awesome institution to be a part of. The board of directors might not like your initiatives at the start, but prove to them that a strong and stable company is in their best interests.

The world needs better men and women to lead and provide shining examples of humanity and excellence. If you have reached this point in your career, then surely it is time to make a difference and pursue lucrative yet morally responsible ventures for the benefit of everyone involved. Onward, leaders of tomorrow!

“If you can, help others; if you cannot do that, at least do not harm them.” – The 14th Dalai Lama 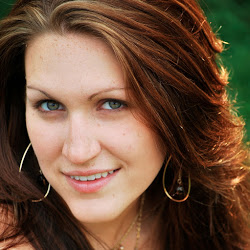 Stacey Thompson is a professional writer, marketer, entrepreneur, and a lover of weird little animals. She is based in San Diego, California, and continues to work and dream hard to attain her own goals of growing her business into a company worthy of admiration and respect. Perhaps by then, she would be qualified to be part of a CEO peer advisory group like the Sage Executive Group.