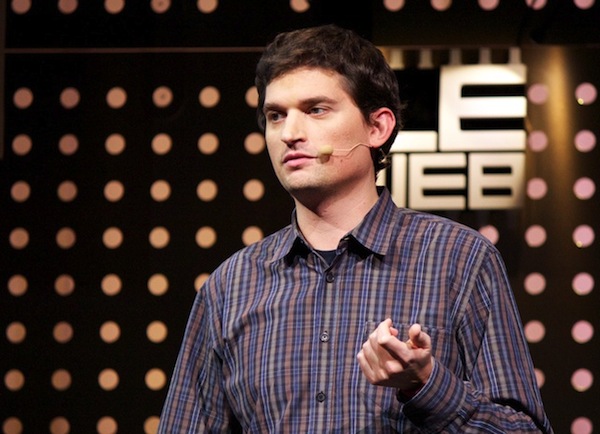 In the age of the advertiser supported social network, one person is trying to flip the script and create a paid social network. Dalton Caldwell, founder of App.net spoke at SXSW with a session called “Is There An Alternative To Ad-Supported Social Networking?“. From the onset of the session, Caldwell emphasized that App.net is an experiment without a clear answer if it will work or not.

Caldwell received a lot of press about his campaign to raise over $750,000 this past August, but has been relatively quiet in the consumer area of the web since that time. The join.app.net campaign of the summer was designed to get developers excited about the platform and to get them to build applications for it. This was designed to avoid the public’s fixation and disappointment of the next-big-thing syndrome, “Where you get five million users and then they think it sucks,” he said.

With over 120 apps in place, App.net is looking to entice some more users to its ecosystem. At the end of February, the service introduced a free tier and Caldwell said that App.net went from roughly 32,000 users to a little over 51,000 users at this time.

Some might dismiss Caldwell as a person not in touch with the necessity of advertisers to support a platform. However, as a seasoned entrepreneur and former founder of imeem, he has had plenty of experience with advertising. Leading a 20-person sales team. “I don’t have anything bad to say about anyone in the ad business. They’re making a living like anyone else,” Caldwell says.

This experience taught him a couple of things. First, he had to keep changing his product and making moves with the roadmap that was driven by the advertisers. Second, he ended up having to pull the API that developers were developing apps on. Caldwell compared running an ad supported business to a famous pastime, fishing.

In abstract, it was a lot of fun (like envisioning the relaxing get away and sitting on the lake), but the end was dirty (gutting, cleaning and de-scaling the fish). Ultimately, pulling the API was a very difficult decision, “determined less by people doing ‘good’ or ‘bad’ but more about economics,” he says.

This led to the great experiment known as App.net. Caldwell wanted to “completely invert the economic incentives seen with social platforms” and introduce a paid network. While he doesn’t believe that end uses will ever value non-ad supported software, he does believe that it will yield better software on top of it. While this may be hard for consumers to see today, this will certainly be the case for tomorrow.

The well-publicized $1B acquisition of Instagram by Facebook set a dangerous precedent for future apps built on the popular social platforms. The big players now realize that they can now no longer afford to let these upstarts gain that type of traction, which leads to either cloning popular applications (a la Poke) or acquiring them before they go mainstream (a la Vine). Caldwell doesn’t see this stopping anytime soon without a non ad-supported alternative.

App.net realizes that developers will be their salvation, and encourages people to build on top of it. With exceptional apps, Caldwell hopes that users will be attracted to App.net. There is even a file API that allows users to keep their data but programmatically allow App.net applications to get access to their photos, videos and updates. This access should help future apps avoid the blank screen problem, essentially allowing developers to repurpose their users content.

While some think consumers may balk at App.net’s freemium model, Caldwell pointed out that there are very successful businesses where the payments of few support the ecosystem of many. While the overwhelming majority of users of Dropbox may use the baseline, free storage, they are being subsidized by those who are paying for the premium service. Caldwell sees this same future with App.net.

Right now, the community around App.net is developer focused, more focused on APIs than Kim Kardashian’s breakfast. Time will tell if the lure of an ecosystem that won’t pull the metaphorical rug from under them will be enough to for developers to build the next big thing on App.net.

I, for one, am cheering them on and hope to read about future announcements from Kanye and Kim on App.net. 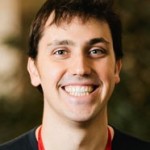 Garrett Heath blogs for Rackspace and has experience as a technical project manager in the cloud. He enjoys writing about how the cloud is spurring innovation for startups, small businesses, and enterprises. Follow him on App.net @gmh, Twitter @pinojo and Google+.