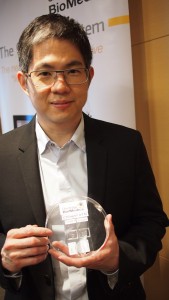 Cancer research and treatment may just have gotten a shot up the arm – Singapore-based Clearbridge BioMedics has just announced that it successfully closed a S$9 million Series B financing round led by Vertex Venture Holdings Ltd, the wholly-owned VC arm of Singapore’s Temasek Holdings. Other investors in this financing round include SPRING Seeds Capital, Clearbridge BSA and Lu Yoh Chie of Biosensors International, and existing shareholder BioVeda.

The investment news is significant because while quite a number of Singapore-based startup companies have been successful in landing Series A financing, further rounds of funding have remained elusive for most.

According to Johnson Chen, the managing director and co-founder of Clearbridge BioMedics, the funding will be used to help bring its proprietary ClearCell™ System – one of the first non-biomarker based systems commercially available to effectively detect, isolate and retrieve circulating tumor cells (CTCs) from blood – from its current medical research use into wider commercial healthcare application. “We launched our ClearCell™ System for the cancer research market in 2011, and have built up a strong customer base across Asia, Europe and the United States,” says Chen, who added that much of the funding will go towards getting the company’s technology – of which the IP or intellectual property is leased from the National University of Singapore – approved for use by various medical authorities such as the United States Food and Drug Administration (FDA).

Unlike existing cancer detection technology currently employed, which “bonds” with cancer cells in the body and is removed by the use of “magnets” that essentially kills the cancer cells, Clearbridge BioMedics ClearCell™ System deploys a fine filtering system which can remove up to 80% of cancer cells. The filtered cancer cells remains alive, and can be used for further medical research as well as refining customized cancer treatment for patients. Chen explains that futuregenerations of the technology can be optimized to capture other kinds of body fluids for treatments of other kinds of illnesses, but he adds that the company is first focused on bringing the current technology to market. 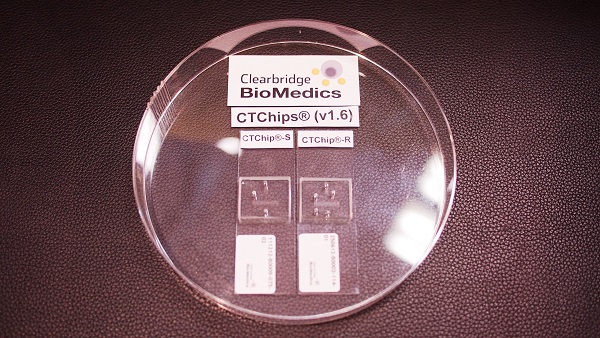 Traditionally biomedical technology has been notorious in taking exceptionally long to go to market, but medical technology entrepreneur and investor Lu Yoh Chie believes that Clearbridge BioMedics will find the going easier. “Unlike pharmaceutical companies which can take ten years or longer before they see any results, medical technology for use in research is likely to take much less time,” Lu explains. “Having already entered the cancer research market… Clearbridge BioMedics is well-positioned to have a tremendous impact on the way healthcare professionals screen, diagnose, treat and monitor cancer patients,” adds managing director and chief investment officer of Vertex Venture Management, Chua Soon Hock, who along with Lu is set to join Clearbridge BioMedics’ board.

Clearbridge BioMedics itself is a spin-off company from the National University of Singapore set up in late 2009, and has won various high-profile awards such as all top three awards at the WSJ Asian Innovation Award, and Professor Lim Chwee Teck – the NUS inventor and co-founder of Clearbridge BioMedics – even bagging the prestigious Singapore President’s Technology Award 2011, as well as the NUS Engineering Faculty Research Award 2011 and IES Prestigious Engineering Achievement Award 2010.