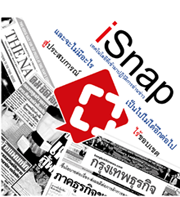 A Singapore-based start-up company will soon have its technology adopted by a number of leading Asian newspapers, including Thailand’s The Nation, Hong Kong’s China Daily and The Star of Malaysia.

The digital mobile service called iSnap allows a newspaper reader to access additional content through his or her mobile phone in Singapore, Hong Kong, or in any other supported location. iSnap users can point their mobile device’s camera at any image in the print pages of these newspapers marked with the iSnap logo and the app will direct them to related multimedia content like video, pictures, contests, or even 3D images.

This ‘Augmented Reality’ technology was developed by Knorex, a spin-off of the Institute of Infocomm Research (I2R), a unit of the Agency for Science, Technology and Research (A*Star). Founded in 2010, the company makes use of I2R’s image-recognition software Snap2Tell to interpret real-world images and translate them into virtual content. Knorex integrated the Snap2Tell software into its own ARise technology and has won numerous prizes, including the Most Innovative Infocomm Product/Service Award at the Singapore National Infocomm Awards in 2012.

The CEO of Knorex, Justin Choo, is very excited about the prospect of this technology being used across the region: “It’s a new way of interacting with print content… How cool is it to be able to view a movie trailer on your smartphone just when you are reading a review of the same movie on print.” Mr Choo may well be tapping into the generally more positive attitude towards using image-recognition software; since individuals are increasingly using their smartphones or tablets as a main source of news, integrating mobile technology with traditional print newspapers is the logical next step.

Knorex has already negotiated a number of deals to implement iSnap functionality in Asian newspapers. An agreement was recently concluded with Thailand’s Nation Multimedia Group that owns regional papers Kom Chad Luek and Krungthep Turakij. Other deals in the pipeline include the Philippine Daily Enquirer and the Hong Kong China Daily, which are expected to be finalized in June. Knorex is also in talks with the Jakarta Post and business paper The Edge Singapore.

This is not the first time that Snap2Tell technology has been integrated into a smartphone app in Singapore; it is also used by Singapore’s National Heritage Board, to reveal extra information about historical sites such as Bukit Chandu and Fort Siloso. Now that the iSnap service is taking off in Asia, it seems that the region is keen to forge ahead with this type of innovation. Elsewhere, Augmented Reality is also beginning to trickle into mainstream consumption: apps like Vivino for phones like the BlackBerry Bold smartphone can make simple tasks, like recognizing labels on bottles of wine, easier, while providing additional information for enthusiasts.

We are likely to see the increased adoption of this new type of mobile technology very soon. 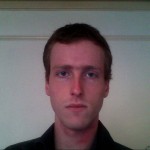 George Graver is a freelance web content writer with a history degree and an interest in videogames and gadgetry. When he isn’t writing for tech blogs, George enjoys playing the guitar and debating the finer points of political philosophy with his more knowledgeable friends.