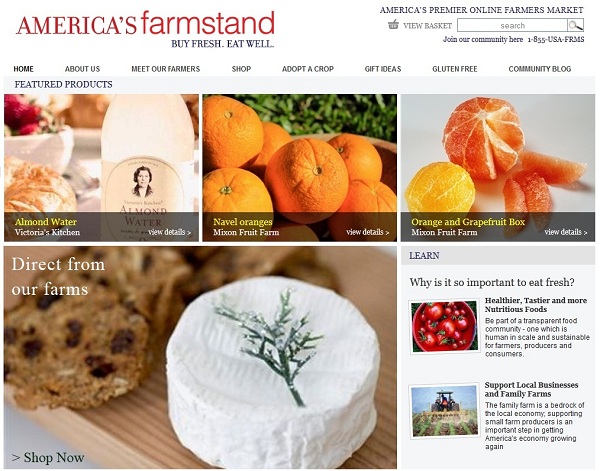 Many of us love farmers’ markets – it’s often the only way to get access to all those organic, natural, artisanal produce fresh and direct from independently-run family farms. But the trouble is that they don’t get organized often enough, and even if they do, traveling to find them can be quite a hassle. So why not get their produce shipped to you instead? That’s where America’s Farmstand comes in.

“I was raised in the country and had the pleasure of jogging past and interacting with farmstands every morning growing up,” explains Todd Greenfield, founder and president of Stonington, Connecticut-based America’s Farmstand. “After moving to the big city, I was increasingly struck by how much was lost when food goes from a farm into the big, industrial food system.”

“I found myself asking farmers, ‘What if?’. What if there were a way to get your vegetables, fruits, cheeses, organic meats and other fresh foods directly to the people who want them, rather than having them lose freshness traveling to — and sitting in — warehouses for days before being transported to supermarkets?” The answer was obvious – there needs to be a direct connection between consumers and these family-run farms. And that’s how America’s Farmstand came about.

According to Greenfield, America’s Farmstand is big on responsible farming and growing practices that ultimately leads to a supply of healthy, nutritious food.  The company partners only with farmers who are committed to preserving the integrity of their land, water and soil resources, based on 30 criterion including growing methods, sustainability practices, biodiversity, fair treatment of workers and absence of chemical inputs.