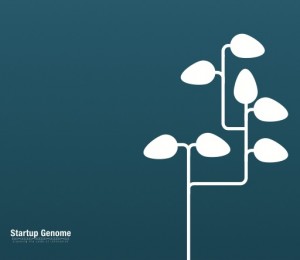 Many startup ecosystems in the world want to be like Silicon Valley. Even New York’s startup scene wants to replicate its West Coast counterpart (and been somewhat successful, earning the term Silicon Alley), and other countries, including Brazil, clamor to copy its success in positioning themselves as hotbed of innovation and technological entrepreneurship.

The report is based on research from 50,000 startups, and found that there are a number of factors which combine to create a successful ecosystem – including the support provided by a network of peers, experts and mentors – as opposed simply to the level of funding available.

According to the report, the top 20 start-up ecosystems in the world are:

Many of the top 20 hail from North America, but Israel’s Tel Aviv emerged as No.2, while Sydney and Melbourne in Australia, Bangalore in India and Singapore gets ranked on the list.

The report is based on 50 variables and an eight component index, including startup output, funding, company performance, talent, support infrastructure, entrepreneurial mindset, trendsetting tendencies and ecosystem differentiation from Silicon Valley, and provides recommendations for how entrepreneurs, investors, corporate development departments and policy makers should think about startup ecosystems. It also includes in-depth correlational analysis of 18 individual startup ecosystems, including more than 50 in-depth qualitative interviews with notable local entrepreneurs and investors.

Perhaps Singapore’s ranking shouldn’t be too much of a surprise – Silicon Valley’s impact on Singapore is strong in that around 33-percent of Singapore’s startup entrepreneurs were previously based in Silicon Valley, one of the highest compared to other startup ecosystems.

However, the report stated that while Singapore has a relatively well-established funding environment, the risk tolerance of founders is the lowest within the top 20 ecosystems.

“I am really excited to reveal these insights around how global technology startup ecosystems stack up. Our hope is by completing the first data-driven, comparative study of this global phenomenon we will help to facilitate a constructive public dialogue,” explains Bjoern Lasse Herrmann, CEO of the Startup Genome. “We created this report for three reasons: firstly, to put a spotlight on the emerging hotspots of technology entrepreneurship that will be responsible for powering a massive global socio-economic structural shift; secondly, to further democratize the knowledge necessary to help spread the merits of Silicon Valley; and thirdly, to give actionable insights to entrepreneurs, investors, corporate development departments and policy makers.”

“The democratization of entrepreneurship from Silicon Valley and from startup ecosystems all over the world is creating new strategies and structures for innovation and disruption,” asserts Silicon Valley serial entrepreneur Steve Blank, author of “The Startup Owner’s Manual” and a contributor to the report.

“The strategy lessons that we learn from these startups will light the way for a massive restructuring of all corporate organizations in the next 40 years. Only then will we look back and realize that we were just beginning the economic revolution of the wired world,” Blank adds.