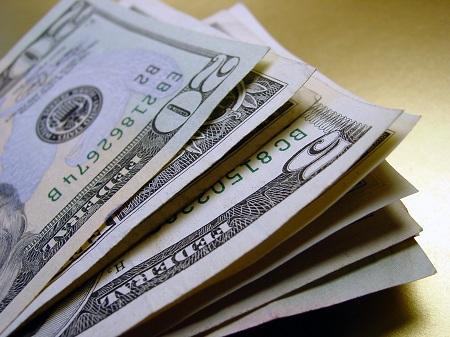 by Christopher Wallace, Vice President of Sales and Marketing for Amsterdam Printing

For years, the most desirable exit strategy for startup companies was to go public through an initial public offering. A volatile stock market and economic recession have since changed much of this thinking. Today, many startups are succumbing to the temptation to sell their companies early. Others are building their companies with the definitive intention of selling them. This begs the question. When is the best time to sell your company?

Whether you are in business school, at the local bar or sitting down to Thanksgiving dinner, you will find no shortage of advice as to when it’s time to sell your startup. Of course, if you have run out of money or received a stratospheric offer, the decision may be easy. However, for many successful entrepreneurs, weighing all of the personal and financial issues that go into this decision can be gut-wrenching.

At the end of the day, only you will know when the time is right. This decision will be based largely on your financial position, risk tolerance and willingness to give up control. Naturally, the company’s prospects for both growth and profitability will also be important factors.

A review of recent case studies from similar startups may make this decision a little easier. Here are a few to consider. Each one can provide valuable lessons to the entrepreneur.

This 10-year-old company offers shoes and other apparel on-line at competitive prices. They had a phenomenal obsession with customer service and offered free shipping and returns. Not surprisingly, they developed a loyal following and grew rapidly. Also not surprisingly, they didn’t make much money. When Amazon came knocking in 2009, they had been modestly profitable for only two years. They accepted the offer and sold the company for $1.2 billion.

A few factors that contributed to the decision:

– Amazon was their biggest competitor and posed a Goliath-size threat if Zappos didn’t sell.
– Modest profitability
– The price offered was high for this type of business

No introduction is required here. Believe it or not, three years after founding the company in 1996, Larry Page and Sergey Brin actually tried to sell Google for $1 million. Their offer was rebuffed and the company went public five years later. Google reportedly turned down buyout offers from Microsoft shortly before the 2004 IPO. Google’s value has grown from $23 billion at the time of the IPO to over $200 billion today.

Strikingly different attributes enabled this company to take a different path than Zappos:

This startup offered free peer to peer on-line phone service. This was a great service, but it generated very little income. The founders sold the two year old company to eBay in 2005 for $2.6 Billion. eBay was ultimately unable to generate sufficient profits and synergies from the acquisition. They devalued the company and sold 70% of the business to private investors in 2009. In 2011, Microsoft bought Skype for $8.5 billion.

Skype was similar to Google in many ways, but profitability was a key distinction that led to different exit strategies:

This deal-of-the-day service was founded in November 2008 and quickly became a sensation. Just two years later, Groupon reportedly turned down a $6 billion buyout offer from Google. In lieu of the sale, they elected to go public and the $20 IPO share price initially valued Groupon at $13 billion. However, they have failed to generate profits and the stock has since sunk to less than $3 per share. The current market cap is only $1.8 billion and could fall further.

A few attributes that led to this dramatic decline:

This company has been one of the more amazing buyout success stories. Just 18 months after this photo sharing program and social network was launched, Facebook offered to purchase Instagram for $1 billion in cash and stock. The deal closed only four months later in August of 2012. They only had 13 employees! Despite the success, there was one valuable lesson to be learned here. Facebook’s stock fell precipitously before the close and the offer was ultimately worth only $741 billion. Negotiating a different deal structure could have prevented the price from dropping.

While each situation is unique, a pattern you may be noticing here is that founders of unprofitable startups tend to fare better when their businesses are sold. If your prospects for profitability are low, turning down a solid buyout offer is certainly a big gamble. Path, a two-year-old San Francisco startup, took this risk and turned down a $100 million offer from Google shortly after their launch in November of 2010. Only time will tell if this was the right decision.

One thing to consider is that selling your company is not necessarily an all-or-nothing proposition. For many, selling their startup to a company that retains their services after the acquisition can provide the best of all worlds. Just think, you can “cash out” while still running the company. You will most likely have additional resources at your disposal to further build the business. Best of all, you may have lower stress and more time to spend your new found wealth with your family and friends. If this all sounds really good to you, the best time to sell your startup might just be NOW!