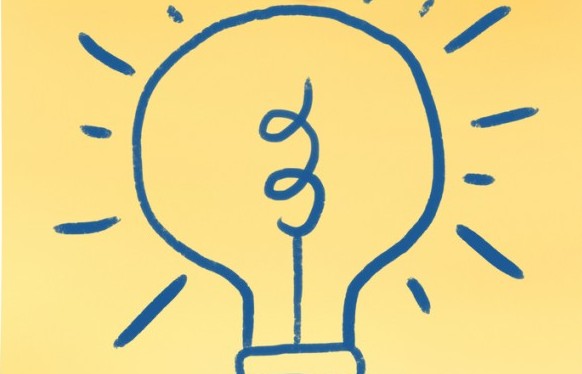 by Enrico Moretti, author of “The New Geography of Jobs”

Over the past three months, Facebook, Zynga and Groupon have lost between 33% and 52% of their market value. They are not alone. Other social networking, online marketing, clean-tech and bio-tech companies have fallen out of favor with some investors, fueling speculation regarding the future of the US technology sector. A growing number of skeptics are openly talking of a ‘high tech bubble’. Is the entire sector destined to a sudden and quick demise, similar to the dot-com bust of 2001, with widespread stock market collapses and mass layoffs?

It can be difficult to forecast the future trajectory of publicly listed technology companies, especially in the short term – after all, most of the available information is already capitalized in their current share prices. Despite the recent market jitters, I believe the long-term prospects for the US innovation industry, of which the technology sector is an integral part, remain bright.

The size of the marketplace has ballooned as a result of globalization, and this trend has been particularly good for US technology companies and their workers. Though simple, the reason is often ignored in the heated political debate about globalization and its impact on local jobs. The innovation sector differs from other industries in how it generates profits. Take software developers as an example. Coming up with an idea for a new piece of software, developing it, and testing it is expensive. Yet once the software is coded, it can be reproduced millions of times at virtually no cost. Most of the costs incurred by Microsoft in developing new versions of Windows involve paying engineers to write software codes. These costs are largely fixed. The variable costs – the cost of the physical CD-ROM on which the Windows program is engraved and the cost of the cardboard box in which it is shipped – are trivial. This means it costs Microsoft billions of dollars to make the first copy of its program, but only a few cents to make the second. A global market enables the company to sell vastly more copies of its software without increasing its production costs. The same is true for Internet services, digital media and most products that involve significant up-front research and development (R&D) costs.

It is a different story for traditional manufacturers, which have steep fixed and variable costs. For car and clothing makers, producing each additional unit significantly adds to total expenses. Thus they enjoy fewer benefits from having larger markets than the innovation industry.

US technology companies are also benefiting from the expansion of the global middle class. As China, Brazil and India prosper, their increasingly wealthy populations demand more high-end products – a trend that favors the innovation industry. In the past fifteen years American exports to China have increased almost 500 percent, more than 10 times faster than shipments to the rest of the world. A large percentage of these exports are high-tech products such as scientific instruments, medical machines and aerospace equipment.

However, globalization also means increasing foreign competition for American companies and workers. Until recently, most developing countries have focused on labor-intensive, low-skilled manufacturing sectors that compete primarily on price. These emerging market economies are now tired of being mere producers of “Designed in California” products and are starting to invest in innovation. This increased competition reduces the benefits of globalization for American companies and their employees, but the net effect remains largely positive. Oracle, the maker of business hardware and software, is an example of a broader trend in the US high-tech industry. In 2000, the company had slightly more than 22,000 workers in the United States and nearly 30,000 workers overseas. Today, Oracle has 40,000 workers in the United States and 66,000 abroad. While the US share of the workforce has declined, the actual number of American jobs has increased and the best-paid positions, the ones in R&D, are mostly within the United States.

America’s high-tech companies have also benefited from the globalization of talent, the most important input in the production of innovative products. For all its woes, the US labor market remains one of the most efficient, flexible and meritocratic in the world. This is a crucial advantage for the US high-tech sector and has been instrumental in attracting top talent from across the world.

Connecting high-tech companies with highly trained and creative workers is important. Japan, whose high-tech companies dominated global markets for much of the 1980s, saw its leading position gradually eroded as legal, cultural and linguistic barriers limited the inflow of global human capital. The United States, which has been a magnet for the most talented overseas-born software engineers, is now home to some of the most innovative software and Internet businesses in the world.

America’s advantage in this respect is largely cultural – few other societies have been as open to absorbing so many foreigners – but it is also rooted in economics. For example, workers in Europe have fewer incentives than workers in the United States to work hard. Rigid union contracts constrain salaries, work schedules and promotions. Decision-making is hierarchical and promotions depend largely on seniority. Advancement takes considerably longer, as does demotion. Salary gaps are smaller, but effort and ability are less likely to be rewarded. If you are a below-average worker, Europe offers better security. But if you are an exceptionally talented individual, the United States offers you the chance to progress more quickly in your career and earn significantly more money.

None of this should be an argument for complacency; there is much room for improvement. The United States needs to reform its immigration policy for highly educated immigrants, a process that is unnecessarily cumbersome; increase R&D tax credits; and overhaul corporate income taxes. If the United States can find solutions to some of these challenges, there are good reasons to be optimistic about the future of its innovation industry.

[This article was first posted in The Financialist.]

Enrico Moretti is Professor of Economics at the University of California, Berkeley, where he holds the Michael Peevey and Donald Vial Career Development Chair in Labor Economics. His new book, “The New Geography of Jobs“, was recently reviewed by The Financialist and is now available in bookstores.