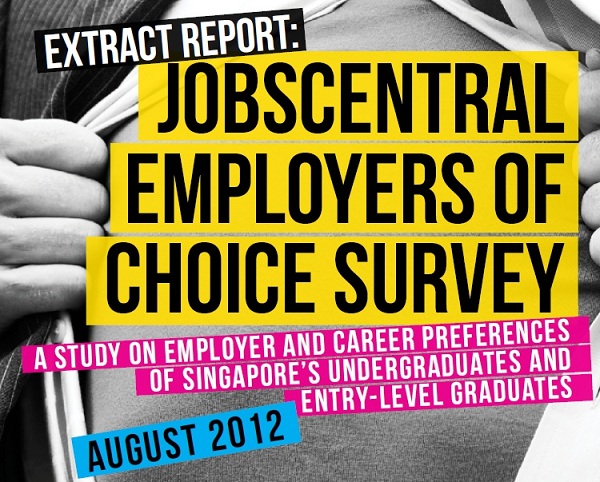 How much do new graduates in Singapore expect for a starting salary on their first job? According to an annual survey conducted by Singapore-based online jobs portal JobsCentral, 64-percent of graduates in Singapore demand at least S$3,000 (US$1,800) per month. This is a marked increase over 2011, where the same survey reported only 55-percent of respondents asking for more than S$3,000 per month for their first job. 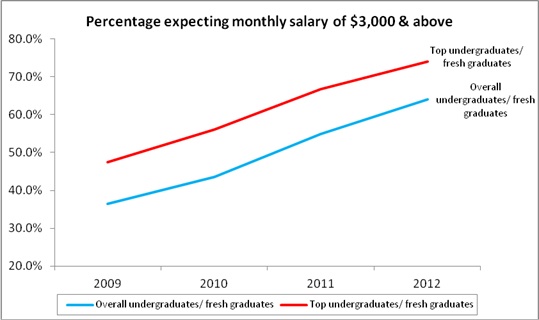 “The low unemployment rate and inflationary environment in Singapore has brought about higher wage expectations across the country. So it is not surprising that the fresh graduate market has followed this trend,” says Lim Der Shing, CEO of JobsCentral Group. “At the end of the day, it’s a demand-and-supply equation with employers competing for a limited pool of local entry-level graduates.”

On the other hand, while the majority of recent graduates (three of four) still expect promotion within two years of starting their career, those expectations have fallen from 2010, where almost 4 in 5 graduates expect to be promoted within that time-frame.

“Gen-Y graduates (still) place a lot of focus and importance on rapid career progression. In the past, most employers would expect three to four years of service before promoting an employee,” explains Lim. “One solution to this issue is for organizations to create clearer and more segmented career paths so that promotions can be obtained quickly. Such segmentation allows managers to give near-term goals and KPIs for their entry-level staff and such an employee has a promotion to aim for that is within his or her expected time frame.”

Other interesting findings from the survey:

– Most entry-level jobseekers (51-percent) expect to be in a managerial position by their third year of their career,

What do you think of such growing expectations? Let us know in your comments below.