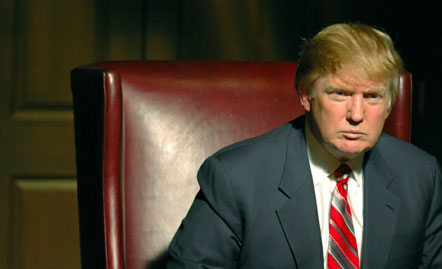 While you might not want to take any hair-care tips from the Donald Trump show, Celebrity Apprentice, there are plenty of other lessons to be taken away from the reality competition. Whether you love Trump or hate him all the way down to his money-coated core, there’s no doubt that he knows the business world. Even if you just watch Celebrity Apprentice to see all the ridiculous breakdowns and celebrity catfights, you can pretend that you’re watching it to glean practical business advice.

If anyone questions that, just mention these business lessons you’ve learned from the show:

1. Be a leader even if you’re not in a leadership position.

True leaders stand out even when they aren’t in a position of power. This doesn’t mean butting heads with the real group leader or trying to take over, but showing that you’re invested in the team and want to step up when needed is valuable for any person in business. On Celebrity Apprentice, though the project manager gets the most credit for the job done, team members who showed initiative and leadership skills, while still following the leader’s directions, are often recognized by Mr. Trump. For example, in season nine, on a project creating advertorials, wrestler Bill Goldberg became increasingly enthusiastic and involved as the assignment went on and was praised, in contrast to Darryl Strawberry, who disengaged from the team and ended up going home.

2. Don’t let your emotions get the best of you.

When working with a team or with clients, you need to know how to manage your emotions and be aware of others’ feelings. This is a lesson we seem to learn in just about every episode of Celebrity Apprentice since watching rich people lose their cool makes for such great entertainment. NeNe Leakes in season 10, for example, was the project manager for a challenge and before the project even started, Nene went off on team member Star Jones — in front of the competition and the client. Even if her emotions were valid, she should’ve taken a moment to collect herself and notice that she was making the client (and everyone else) uncomfortable. Though she wasn’t fired, her antics put her up for elimination.

This tidbit fits along nicely with the previous one: sometimes you won’t like the people you work with, but you have to play nice to get the job done. Your boss doesn’t intend to hire people that you won’t get along with like the producers of the Celebrity Apprentice probably do, but that doesn’t mean that every personality will mesh on a team. If there’s one what-not-to-do lesson we learn from the show week in and week out, it’s that cutting down other team members and bickering internally will not lead to success. In the most recent season, Lisa Lampanelli and Dayana Mendoza had a fight-filled project, complete with name-calling and yelling matches, ultimately leading to a loss for their team (and plenty of drama for the ratings). If you find yourself working with people you don’t care for, make an effort to get along and act civilly; it will go a long way toward building team morale and a better end result.

Going to a supervisor and asking how you can improve or why you weren’t chosen for a certain project or position can bolster your boss’s opinion of you. As long as you approach the situation with a humble, willing-to-learn attitude and don’t involve anyone else’s performance in the discussion, your boss will be impressed with your initiative. La Toya Jackson had been fired in a previous episode, but she requested a private meeting with Trump, asked for feedback on why she had been fired, and ended up being brought back to the competition. You may not see results quite as quickly, but your supervisor will probably remember it the next time a project comes up.

While your network might not land you a $300,000+ donation like Paul Teutul Sr. received from a contact in the season premiere of season 12, you can get opportunities, sales, and even more business contacts by reaching out and setting up an expansive network of peers. Though the networking we see on  Celebrity Apprentice has more impressive names and bank accounts than yours probably will, you can see the importance of knowing people when it comes time to use a contact’s expertise or resources. Keep in touch with contacts so they won’t feel used when you need some help from them, and contribute to their projects when you can.

6. Take responsibility for your actions.

When you make a mistake, whether it’s big or small, your reputation will hold up much better if you just accept responsibility rather than trying to pass blame on someone else. Owning your mistakes and learning from them is a big part of growing as a person and as an employee or manager, and will earn you respect from peers and supervisors alike. Though George Takei was fired for the mistakes he made as a project manager, he took full responsibility and accepted the decision with grace and dignity. Trump and Takei’s fellow team members praised him for his class, and you can tell that if this was a normal working environment, Takei would’ve gotten to stick around.

7. But stick up for yourself.

Just because you’re humble and admit your faults doesn’t mean you should let people walk all over you or throw in the towel when you’ve gotten tripped up. We’ve seen it in the show’s boardroom time and time again: a person admits they had some problems with the latest project but points to their various successes in the past and their desire to continue on with the competition. And they’re spared from the dreaded Trump firing. Don’t be afraid to stand up for yourself if you’re in the line of fire and point out everything you’ve done right in the past; as long as you don’t try to throw someone else under the bus (or bring them under there with you), you may just get what you want.

This article was first posted in Insurance Quotes.