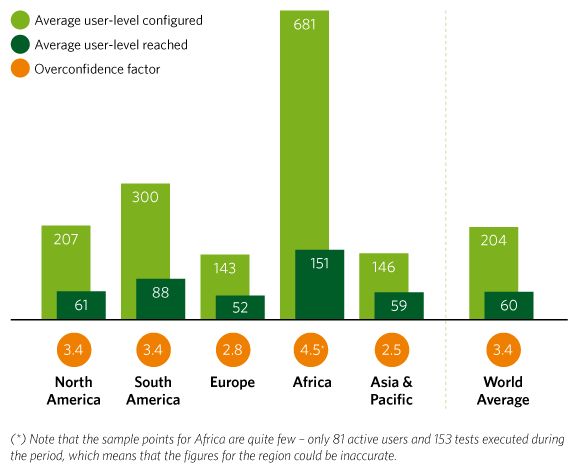 Online cloud-based load testing service Load Impact has released its The State of Web Readiness 2012 report at the just concluded O’Reilly Velocity Conference with a conclusion that should worry website administrators. According to the report – which analyzed data from 8,522 load tests executed across 3,968 websites in 132 different countries – found that most websites overestimate their ability to handle large numbers of visitors by 3.4 times.

Such overestimation can mean that websites may struggle to cope when a “Slashdot effect” – a situation where a link from a popular website leads to a massive surge in online traffic – happens.

“Site owners tend to be overly confident that their site can handle expected traffic levels, which means the risk of crashes is probably higher than most of us think,” says Load Impact founder and CEO Ragnar Lönn. “… it is remarkable that website performance is not given higher priority.”

The report also found that e-commerce sites fared the best – the largest e-retailers are on average investing three times as much on load testing compared to other sites. “The report shows that e-commerce sites are most likely better prepared to handle heavy traffic during visitor peaks,” adds Lönn. “They lose money immediately when the site becomes slower due to an increase in the number of visitors, so it is natural that they see a direct benefit of staying informed regarding the performance of their site.”