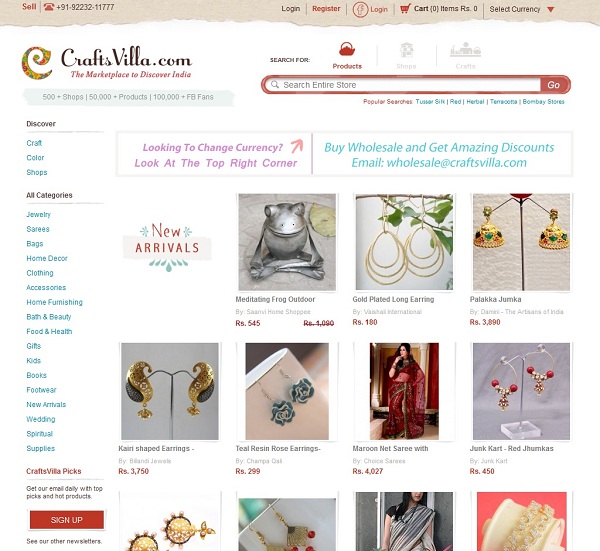 The amazing subcontinent of India hides many a craftsman whose goods are simply unavailable outside of India – most of their work hardly get out of the district or even the village they’re from. Much of those high-quality crafted good are sold for a pittance, or brokered too cheaply to middlemen who take advantage of them. Many of these artisans would leave the field in search of a better-paying profession. It’s not a surprise, then, that most industry observers agree that the Indian handicraft industry is likely to crumble – and those art forms lost – if the artists or craftsmen cannot find bigger, and more lucrative, markets for their work.

Here’s where a slew of web-savvy Indian entrepreneurs come in, those who believe that the Internet can be a great enabler for helping these craftsmen find alternative markets and thus preserve such art. We’ve previously highlighted one such online site before, MyMela.com, which sources crafts from various parts of India, even from its poverty-stricken rural parts such as the women artists of the Kutch region of Gujarat state.

Getting Round The Middlemen

Founded by husband and wife team Manoj Gupta and Monica Gupta in early 2011, Craftsvilla (www.craftsvilla.com) sells handmade and handcrafted items from across rural India. Unlike MyMela.com, however, rather than direct sourcing Craftsvilla follows the Etsy model in letting the artisans create their own online store within the Craftsvilla umbrella. As such, sellers sell their products at whatever rates they wish, although the site charges a 15-percent commission on every sale accrued which goes into promotions of these sellers and for the upkeep of the site. So far, the site has some 600 registered sellers and over 1,00,000 products.

The inspiration of Craftsvilla came from Monica Gupta’s road trip to Kutch where she found that artisans being paid a pittance for their creations by third parties. She met an artist, Soheil, who made beautiful tie-dye creations but was about to discontinue his profession as he wasn’t able to get a decent price for his products from middlemen. She then brainstormed with her husband Manjoj and came up with Craftsvilla.

Best-selling items on the site are jewellery, home décor products and bags, but exclusive ethnic Dokra, Meenakari, Bandhani crafts are also popular. “The diversity when it comes to crafts in India is humongous. Almost every region is identified for its ethnic crafts and after agriculture, crafting is the second biggest occupation in India,” Monica Gupta explains. “So you can imagine the variations of crafts of India!” 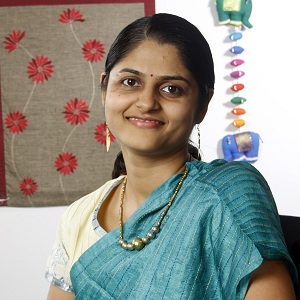 The challenge, she admits, is that India is still an evolving country when it comes to the e-commerce space and many people continue to be skeptical of buying online. “Convincing consumers to shell out money, especially online, is a big challenge,” she shares. Craftsvilla attempts to mitigate that with a customer service team with a helpline where buyers can get all their queries answered. A recently-launched “Buyer Protection Program”, which protects consumers from any kind of fraud, also helps allay fears.

Craftsvilla also aims to help make a social impact and improve the lives of artisans and craftsmen in the country. “We recently also launched the artisan fund where a part of our profits is utilized for artisan welfare,” she adds. “With this initiative, we hope to again resurrect the fast collapsing handicraft industry in India.”