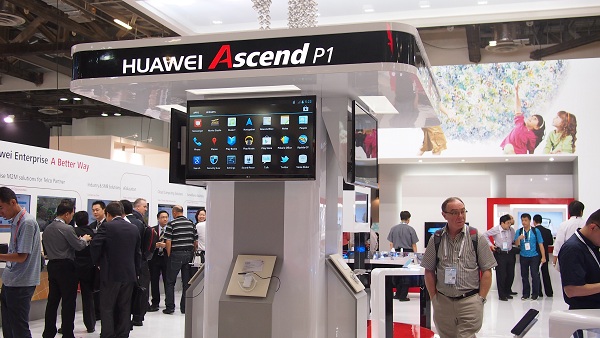 Unlike in previous years, consumer-type devices at CommunicAsia 2012 were somewhat of a rarity. Despite having grown in size – organizers claim that it’s bigger by 3-percent over last year – much of the show floor were mainly taken up by infrastructure vendors peddling large satellite dishes, optical fiber cables, signal boosters and other enterprise-type solutions of no interest to the common man. Mobile phone manufacturers such as Samsung, LG, Motorola, RIM were clearly missing from the fray – even Nokia was absent after a brief appearance in 2011.

Here are the very few consumer devices you may have missed at CommunicAsia 2012: 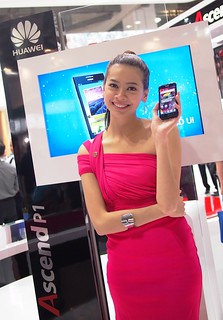 China mobile giant Huawei was by far the dominant player in CommunicAsia 2012. From having the largest booth to sending multiple executives to speak at the various forums in the event, the company also arguably had the one mobile phone worth checking out – the Ascend P1.

The company has never been a big name in the smartphone market – a star product at CommunicAsia last year was a feature phone – but Huawei this year signaled clear intentions to change that. The dual-core Ascend P1 running on Android was introduced earlier this year at CES, but an LTE version was lurking around in the booth.

We’re still unsure when exactly the Ascend P1 will hit the market – a Huawei executive, when asked by a journalist during an official CommunicAsia press conference, hinted that its introduction into the market is likely to be delayed to later this year (the company originally said it would be launched in the middle of this year). 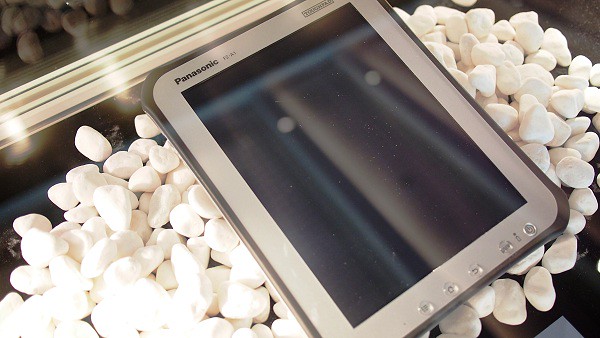 Japan’s Panasonic also unveiled its Toughpad, touted as “the best rugged Android tablet”, as the tablet companion of its Toughbook range of notebook PCs. And since we’d go as far to say it’s probably the only rugged Android tablet in the market, so the company’s claim is certainly true in that sense.

The all-weather, dust- and water-resistant tablet device is also FIPS 140-2 compliance for extra embedded hardware security, so it’s tough on the inside as well. 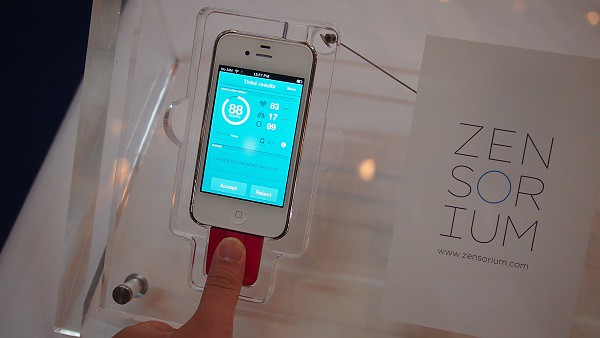 Tucked away on another floor in a tiny booth was Zensorium, a Singapore-based startup company that makes sensing devices. Its first product – and only one on display – is the Tinké, a small little plugin device that you attach to your iPhone which allows you to measure your fitness and health levels.

All you need to do is place your finger on the sensor on the patent-pending Tinké, and within a minute it will measure your heart rate, respiratory rate as well as your blood oxygen levels. These are then combined to give you a VITA score that gives you an idea how fit or healthy you are. Social elements include socially sharing and comparing your VITA scores with friends, although that’s more for fun than anything else.

It’s a tiny little device, for sure, but it’s one of the (very) few on show that made our hearts pump just that little faster.