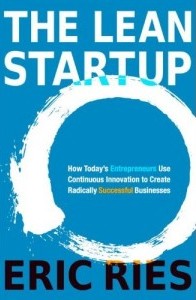 In an earlier post, I briefly touched upon the over indulgence of the importance of the ‘idea’ in a startup. Most of us have a tendency to develop a strong case of sour grapes when we come across successful ventures. We look at these ‘lucky’ startups and talk about how the founders stumbled upon the perfect idea, and were in the right place at the right time.

Many people tend to neglect the execution aspect, and Eric Rie’s “The Lean Startup” provides a starting point to this by fleshing out the principles of building a profitable company. In fact, the crux of the book is that entrepreneurship is an endeavor that can be taught and refined.

Indeed, Eric Ries’s book has become so popular that ‘The Lean Startup Methodology’ has become somewhat of a doctrine in Silicon Valley circles, so much so that certain terms in the book such as ‘pivot’ and ‘minimum variable product’ have become part of startup lexicon. It’s even made a quick cameo in the amazing promotional video of the startup, Dollar Shave Club.

Unlike many of the authors in the entrepreneurial space, Ries doesn’t waste half his book on motivational fluff. “The Lean Startup” cuts to the chase from the get-go, providing an actionable methodology – starting off with a bare-bones product, testing it with customers and analyzing the results.

That way, you don’t end up burning through your cash and effort to build a feature-bloated product that nobody is willing to pay for. He discusses and advocates a more scientific approach towards building a startup, an approach that could possibly be attributed to his programming background.

While reading the book, my first impression was that the concepts generally seem geared towards technological companies. However, as I pressed on, it became clearer to me that ‘Lean thinking’ can be applied to any entrepreneurial pursuits, and Eric Ries provides a few compelling examples of these instances in the text.

“The Lean Startup” is an engrossing read, and if you’re anything like me, you’ll probably be done with it in less than a week. If you have any interest in entrepreneurship at all, this book is definitely worth your time. 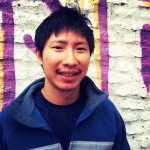 Lee Shen Han has just returned from a half-year travel sabbatical around Europe and South America. He is interested in entrepreneurship, small business and the expanding tech scene in Singapore. You can drop him a line at shenhanlee [ a ] yahoo.com.