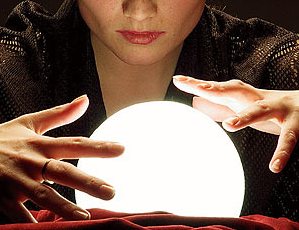 We all acknowledge that small businesses are the lifeblood of the economy, and that technology is becoming increasingly important to help them survive and thrive in a poor economy.

Jerry Nettuno, founder and CEO of online appointment scheduling service Schedulicity, believes that 2012 will be a year that will see a majority of small businesses harness and leverage the power of technology and online productivity tools to effective manage and grow their business.

Here are his small business predictions for 2012:

Many merchants have learned from past mistakes, as random go-for-broke deals will evolve into more well thought out offers.  This gives merchants the opportunity to strengthen loyalty by offering targeted, hyper-local deals and offers of perishable appointment based inventory. The more geographically concentrated the consumer base, the better chance of turning deal-seekers into repeat customers. There will be an increase of frequent buyer and perk programs to support this movement.

The daily deal space exploded over the past 18 months and, in 2012, we see the space contracting by at least 30% as funding options dry up and funding gets harder to obtain. This rapid contraction will leave the space run by just a couple of “big guys,” some finely positioned vertical players and a long tail of “local guys,” finding ways to thrive by serving a few small regions or cities.

Small businesses move to the cloud.

The ability to self-publish quickly via the cloud is moving businesses out of traditional media.  According to a survey by Aberdeen Group, almost 40 percent of small business have adopted cloud computing.  Productivity cloud-based services like Google Docs, Square and PayPal are making it easier than ever for businesses to operate entirely online.  The advent of economical tablets will enable service professionals and small business owners to run their business from a mobile device.  Over the next 12 to 18 months we see the number of small to medium-sized business using the cloud to grow, with more than 50 percent of businesses using a cloud-based productivity tool.

Emerging technology will spawn breakthrough productivity tools for small businesses.  Small business owners that are early adopters of new technologies will find new, out-of-the-box ways to connect with consumers.  With the launch of Siri, Apple’s new voice-activated personal assistant application, developers will be hard at work on incredible voice-activated apps that will not only help small business productivity, but offer a unique way for businesses to stand out in the eyes of the consumer.

2012 begins the Year of the “Digital Coupon Book.”

Discount directories empower the consumer by allowing them to search for interesting deals, transforming passive discount recipients into active couponers.  Digital “coupon books” will dominate within the next two years, offering small businesses an engaged, active audience and another way to leverage their existing consumer relationships with hyper-local offers.  We’ll see a growth in local offer networks, consumer personalized dashboards and deals with specific targets in mind versus going out to the masses. We predict digital coupon books becoming a small business mainstay within the next two years.

The appointment book is dead.

The business sector as a whole has seen a shift to automation.  The success of sites like Schedulicity, OpenTable, and ZocDoc only reinforce the idea that the traditional pen and paper appointment book may see its demise in 2012.  The number of online appointments is growing exponentially as Schedulicity alone has seen nearly 7 million appointments booked online since mid-2009.  Over the next two to five years, the physical appointment book will be gone all together and replaced with online counterparts.

Mobile payments, location-based promotions and mobile scheduling will all change the way small business owners conduct business next year.  Whether iPad or iPhone, Kindle Fire or Droid, it’s clear that the move to mobile will continue at breakneck speed in 2012, and ensuring your web site is mobile-friendly is only the start.  Already, 62 percent of US adults between the age of 25 and 34 have a smartphone and Gartner estimates that 69.8 million media tablets will have shipped in 2011.  As more and more consumers are making mobile a mainstay, it will be essential for small businesses to establish a thoughtful strategy.

Thinking “local” becomes even more critical for small businesses who want to weather the (economic) storm.

With a still-shaky economy and unbending unemployment rates, 2012 is poised to be trying for small business.  So what’s a small business owner to do? Fight through it!  Small business owners need to think local – the headlines in the local newspaper and the vibe on Main Street are more important than what’s being talked about on CNBC.

Social media gets marketing dollars in 2012.

Investing in integrated, ROI-focused tools will be paramount for small businesses looking to stretch their limited marketing dollars.  Daily deals have educated small business owners to spend money at the local level, while SEO continues to be a huge priority for small business owners who have an online presence.  Online advertising needs to be targeted and cost-effective, making Facebook’s $50 ad packages a great way to advertise within the social network and direct users to that business’ page. We predict a continued decline in non-ROI-based marketing such as traditional yellow pages, radio, TV and other offline media.

Social media isn’t just for early adopters anymore.  Big brands and Fortune 500 companies have spent the past three years discovering (and utilizing) the marketing capabilities of Facebook, Twitter, and numerous online tools.  A recent study by Network Solutions shows small businesses usage of Facebook at 27 percent.  In 2012, we predict more and more small businesses will begin to expand online and embrace Facebook as the dominant marketing tool for small businesses, pushing adoption numbers towards 50 percent.

The client continues to be king.

Small businesses and independent service professionals are no longer “too busy for new clients.”  Networking opportunities and new online listing options will help small businesses make their services known and available to new clients.  Customer loyalty is paramount for small businesses in 2012, and retaining daily deal customers is a great way to build a dedicated base.