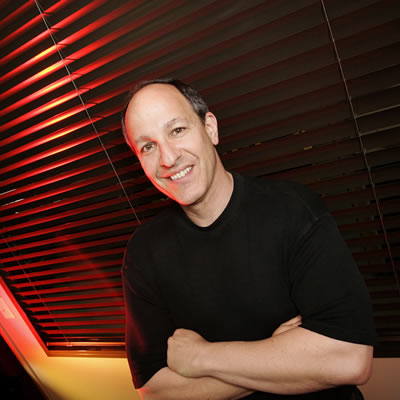 Not every boss likes to admit that they’ve been a self-focused jerk, but that’s exactly what Jay Steinfeld did. The founder and CEO of Blinds.com – a leading Internet retailer of custom window treatments on the internet, specializing in blinds, shades, shutters and draperies – confesses that he was a jerk of a boss who used to terrorize his employees and micro-managed every detail of his business.

But a personal tragedy would result in a total turnaround of his life; Steinfeld lost his wife to breast cancer in 2002. And it was also all the more devastating to him because his own mother had also died of cancer at the same age – 46 – as his wife. “I wondered how I’d ever be happy again. After all, we’d been happily married for almost 26 years (right out of college).”

But the loss would make Steinfeld a lot more introspective. He began to read about the importance of core values and resilience – through books such as “Built to Last” and “Man’s Search for Meaning“, for example – and even traveled to Alaska, finding (and losing) himself mentally and spiritually seeing the majestic glaciers there.

The loss – and the subsequent spiritual awakening – would then transform him and change the course of his business. His attitude and demeanor began to soften. “I simply began respecting other people and not be so self-focused,” Steinfeld says. “(I) began delegating without fear of things not being done exactly as I would have done them.” The reactions from his staff were encouraging, and that made Steinfeld realize he was on a right track. This would also lead to a lot more reading and self introspection.

The transformation was amazing – Blinds.com soon became a welcoming and exciting place to work. And Steinfeld was able to recruit and keep top talent. “My turnover was non-existent. Our turnover is only two percent,” he says proudly. “We also hire the right people almost every time, because we know that core values are more important than skills. We can teach the skills. Now that we’re all aligned for what the vision is and what’s important to us as humans, we have a culture of resilience and efficient productivity.”

And with the right culture in place Blinds.com had its best year yet in spite of a down economy and down housing market, doing more than US$80 million in sales annually. And the company was even named as Houston’s top place to work by the Houston Business Journal this year.

That road to transformation was long and definitely did not come easy, but Steinfeld has come away with some hard-earned lessons on leadership, management and life. Today, he shares some of those lessons and ideas on how to be a better boss and leader on a blog at BNET called “No-Nonsense Boss”.

Here’re some of those gems. “It’s much more important to tell a passionate, emotional story of what you envision than to tell others what to do,” Steinfeld says. “If properly told, others will tell you better ways to get there than what you could have otherwise thought of yourself.”

“You must also be clear as to what drives your own behavior. For me it was improving continuously and experimenting without fear of failure. Once I knew that I defined my own happiness and success as the process of doing those two things, my life made complete sense… and it did to those around me.”

“There was no difference between how I lead my personal life and my business life. That brought balance and peace of mind.”