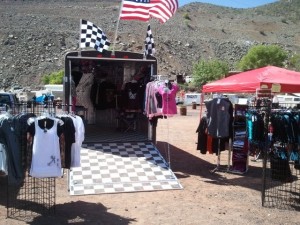 Retail is tough business, and even more so during a depressed economy when everyone’s careful about every dollar they spend. But even in times like this, there are those who seek to continually innovate the retail experience. And one Phoenix, Arizona-based company, ExTreme ReTrailers™ (www.extremeretrailers.com), aims to solve the age-old retail challenge of “location, location, location” – they customize and design an entire 7-foot by 14-foot trailer for use for any kind of retail business. Complete with exterior and interior branding, it’s like Gamin’ Ride but can meet almost any need.

And because your entire retail shop now is mobile, you can literally set up camp anywhere for business. Not enough foot traffic in a certain location? No problem, just pack up and move on to the next location. Or how about the nearby county fair, a weekend farmers’ market, festivals, special events or simply well-trafficked areas? While meeting the local regulations, of course. 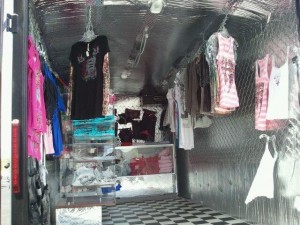 ExTreme ReTrailers is the brainchild of serial entrepreneur Julia Hutton, who owns and operates Biker Babes and Beyond, a motorcycle apparel shop. Despite the shop being located in premier biker destinations, traffic and sales slumped when the economy tanked in 2008. Determined to get through the slumped, Hutton outfitted the original ExTreme ReTrailer with the merchandise from her store and began selling at motorcycle rallies, bike weeks, and car and bike shows across the U.S.

The sales from the mobile trailer grossed double in just one weekend what the brick and mortar store ever sold in one week’s time. In time, sales from the trailer continued to outstrip those from the store (even on its best days), and Hutton knew she was on to a good thing. She knew she now had a retail concept that could help other small business owners, and thus ExTreme ReTrailers was born. 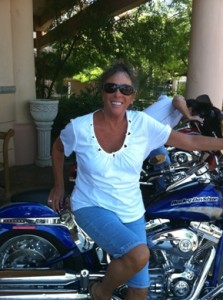 “The minute we started doing all the motorcycle rallies, state fairs and the like with Biker Babes and Beyond selling out of an ExTreme ReTrailer, we realized the enormous potential for these trailers and the non-profit sector too,” says Hutton. “Along with everyone else, they have felt the sting of reduced revenue in trying to implement their missions.  The non profits have long struggled with meager funding but in these times, it’s really hard,” Hutton adds.

“Now, we attend 501C charity functions and sell our clothing and we donate a percentage of the proceeds minus costs to the charity while having a lot of fun at the same time.”