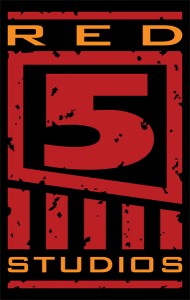 China online game developer and operator The9 Limited announced today that there are establishing a Red 5 office in Singapore as its Asian operation and development center, which will manage the operations of its upcoming online multi-player first-person shooter (FPS) game Firefall in all countries outside of the North American and European markets.

An offshoot of Red 5 Studios, in which The9 Limited acquired a majority stake in early 2010, Red 5 Singapore will be the company’s platform to develop and manage localized versions of the Firefall game befitting the progress of the game in countries in the Asian region. “The market share and revenue in Asia has a huge impact on the Firefall global operation. This was one of the reasons why we have decided to set up an Asia headquarters for Firefall,” says Mr Zhu Jun, CEO of Red 5 Singapore.

“The decision to set up the office in Singapore came after much consideration and a comprehensive study of the region,” Zhu explains. “As one of Asia’s most powerful economies, Singapore is strategically-located, demonstrates a thirst for global talent, latest technology and has strong support from the government.”

Vice president of Red 5 Singapore, Tony Park adds his office will be recruiting top development and operation talents from around the world, and provide a platform for Singapore talent to learn from such elite talent.