Being an entrepreneur isn’t exactly rocket science, but in the case BlogFrog‘s co-founder Rustin Banks, he literally is one. The 30-year old rocket scientist – he literally designed next-generation imaging systems for satellites – left the aerospace industry in 2009 to be a web entrepreneur.

Rustin Banks is today the CEO of BlogFrog, a web-based platform that turns blogs into interest-based communities. Free to install, it allows the readers of a blog to interact with one another, engage in discussions, as well as share online content such as photos and videos.

Banks’ wife Tara was an avid blogger, and used her blog to update friends and family about their lives. But it was a hassle trying to keep up with each others’ blog updates, and discussions between everyone was impossible. Banks decided that there must be a better way for people to interact.

“There was no simple way for bloggers to enable real discussions and interaction on their blogs,” Banks says. “A blog might have thousands of like-minded readers but what if I want to ask another reader a question or share my own blog content?” Banks was an old hand at online communities, after all – at age 12, he’d host computer Bulletin Board Systems right out of his parent’s closet.

The BlogFrog concept was born. So even as he worked full-time as an aerospace engineer, he’d work on BlogFrog. He tested it on his wife’s blog, and it became a hit. Banks decided to leave his aerospace job, and in 2010 teamed up with blogger and veteran marketer Holly Hamann to bring BlogFrog to another level.

In under a year, venture-backed, Boulder, Colorado-based BlogFrog would grow to be the United States’ largest network of mommy blogs – thanks in large part to Hamann’s influence with mommy bloggers – and connect over 1.7 million blogging members and their readers.

But starting, running and growing a startup has its challenges, says Banks. Raising money when they were just starting – in the middle of a recession – was one of them. With the dotcom bubble burst in 2000, risk-averse investors wanted to invest in more than just a business plan – they wanted to see real customers and real revenue before they stumped up the money. There was also less seed investment available. Investors scaled back in early-stage investments and used those funds to help current portfolio companies get through the bad economy. But he said those tough conditions ended up working in their favor. “It forced us to get laser-focused and drive customer value and revenue as quickly as we could,” he remembers.

The startup also recognized that they needed to reach a wide audience very quickly, and to do so without a marketing budget. Banks admits they lucked out in this area as well – in 18 months, they managed to attract over 50,000 women and mommy bloggers without spending much on marketing. “We leveraged social media, our own niche blogging communities, viral features built into the product, and women focused social media conferences to target blogging influencers,” he says.

Interestingly, Banks also blogs about leadership. He says the biggest lesson he’s learned so far from running his own startup – and which he tries hard to apply – is in the area of leading by example. “Never ask your team to do anything you haven’t or wouldn’t do yourself,” he muses. “Make cold calls with your sales team and do some customer support emails yourself.”

“My job is to remove barriers and support my team so that they can make amazing things happen.” 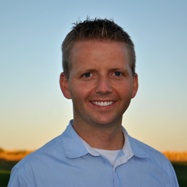 When it comes to entrepreneurship, Banks says his best advice is to “just do it”. “If you have the basic skill sets needed – can partner with someone who does – you will never find a more rewarding experience,” Banks insists. “If you wait until you have all the answers, you will be waiting forever.”

When Banks launched BlogFrog, they didn’t yet have the entire vision or the revenue model completely figured out. “What we knew is that we had a compelling product with a market that needed to be disrupted.”

Banks states that starting BlogFrog has been a thrill and the culmination of a history of entrepreneurship and innovation in his life. “It has been an amazing journey.”