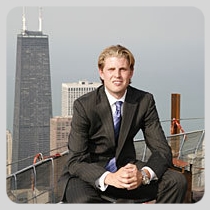 Nepotism is a nasty business, especially because it’s hard to imagine we’d behave much differently given the same chances. At the blue collar level, when friends hire friends or a father expects his children to join the family business, we often believe it’s a sign of strong family values, not unethical or slimy business. But at the executive level — where millions and billions of dollars can be earned — favors are made in secret. It might be tempting to help your children or siblings get a great job, but in the public eye, it’s shameful. Here are 10 famous businesspeople who’ve at least been suspected of benefiting from the ugly game.

In a recent article about nepotism, Forbes.com admitted to promoting a culture of nepotism within its own executive echelon (granted, the title of the article was, “Is Nepotism So Bad?”). The magazine was founded by B.C. Forbes in 1917, and while he remained heavily involved with the publication for the rest of his life, he gave top positions to his oldest sons, Malcolm Forbes and Bruce Charles Forbes. Malcolm tepidly entertained a career in politics but ended up working for his father and taking over the company after both B.C.s died. Malcolm’s son Steve Forbes is the current EIC of the magazine and serves as president and CEO of Forbes, Inc. Although he had an interest in publishing in college — the student-run business magazine he founded at Princeton still exists today — Forbes hoped for a career in politics before settling into the family business.

Said to be a true workaholic and a legitimate businesswoman, Ivanka Trump — the daughter of the Donald — has openly admitted to benefiting from nepotism. Getting her start by taking over the position of vice president of development and acquisitions for the Trump organization is most likely a result of being “born into privilege,” but Trump has also said “I think from there on though, you really do have to make your luck.” She also recently started her own jewelry line and shoe line which has performed very well in its first few months.

Ivanka’s younger brother Eric may have built Lego cities at the Trump offices while his father struck big deals, but it didn’t take him long to “work his way up” to securing his own executive-level management position at The Trump Organization. Just 5 years after graduating from Georgetown, Eric is executive vice president of real estate development and mergers and acquisitions for his father’s company, although he has started his own foundation to help fund children’s charities.

Ally Hilfiger — the daughter of fashion designer Tommy Hilfiger — has so many slashes to her name that it’s hard to pinpoint exactly where she’s headed. To her credit, 26-year-old Hilfiger’s been working hard on designing her own clothing line called NAHM — along with a more seasoned designer partner to help with technicalities. But in her earlier days, Hilfiger was brought on by her father to help design clothes, including an entire offshoot line, and to design a Westchester store, before she’d even finished school.

The acting president and CEO of The Kraft Group is also president of the New England Patriots, one of the most popular and most successful teams in the NFL. Kraft has seemingly benefited from his father’s successes in every way: after earning a bachelor’s degree in history, Kraft went to Harvard Business School (like his father) and rose to executive level positions within The Kraft Group and with the Patriots, which his father, Robert Kraft, owns. In fact, Jonathan Kraft was named Vice President of the New England Patriots the same year his father bought them, just four years after graduating from Harvard.

Oscar de la Renta is one of the most celebrated and powerful figures in fashion — he has been the go-to designer for Hillary Clinton and Laura Bush for decades — and dresses celebrities and distinguished business and political women as well. His son Moises is an emerging talent in the design world and last year created a capsule collection with the Spanish retailer Mango. But Moises got his big break with his very first piece when his father featured it in one of his hugely attended — and reported on — fashion shows. But wouldn’t you do the same for your son?

The French might think we’re prudes when it comes to politics, but they erupted with their own distaste for dirty little deals when French President Nicolas Sarkozy pulled a few strings to help two of his sons succeed in their fields. When Pierre was denied 10,000 euros worth of funding for his rap business (he wasn’t a member of the organization granting money — the SCPP), the President’s office promptly called the SCPP to find out why. Rumors circulated that Pierre managed to get his funding because of daddy’s phone call, further infuriating the French after nepotism claims had been made about his giving a major oversight job to another son, Jean.

Although his principle legacy is his leadership during the Civil War and as an honest president, Ulysses S. Grant was also a shameless proponent of nepotism. He gave all sorts of government and business jobs to friends and family members, even if they weren’t qualified for the job. Historians believe the result of many of these promotions and job opportunities was bribery, theft and other criminal acts, inspiring an unsuccessful reform movement to prevent Grant’s reelection.

Rupert Murdoch is one of the most powerful figures in media and publishing in the world — and one of the more controversial ones, too. His son James very recently moved to New York from serving as Chairman and Chief Executive of News Corporation in Europe and Asia, taking on an even more senior position. He’s known as a passionate, ambitious and hard-working businessman in his own right, but Murdoch dropped out of Harvard to back a hip hop record label, which his father’s company promptly bought. Since then, Murdoch’s taken on increasingly bigger roles at News Corporation, and as his father advances into his 80s, his move to New York indicates that he may take on one of the biggest corporations in the world. All without a college degree.

The oldest son of the founder of Wal-Mart is Samuel Robson Walton, a well-educated man who seems to have been primed to take over the family business in a clever way. Walton earned a bachelors degree in business administration and went on to law school at Columbia, after which he moved back to Tulsa, OK, and worked for the law firm used by Wal-Mart. After nine years as a lawyer, Walton was named senior vice president of Wal-Mart and succeeded his father as chairman of the board of directors after his father died in 1992.

This article was first published on AccountingDegree.com and reproduced here with permission.