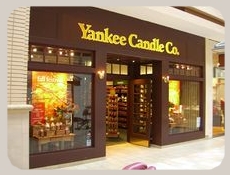 Every big business had to start out somewhere, right? Some have come from more humble beginnings than others, launching with no more than some basic equipment, a couple employees, a garage space and a big idea. Whether you’re a business or finance student hoping to follow your own path to entrepreneurial success or already working in your own garage on the next big thing, these stories of companies that rose from obscurity to be multi-million (or billion) dollar industries can be a big inspiration. They may very well help you finally realize your dream of getting out of that garage and onto bigger and better things.

Today, consumers will wait in line for hours just to get their hands on some of Apple’s latest products, but once upon a time this electronics giant was a mere blip on the technology industry’s radar. Back in 1976, Steve Jobs, Steve Wozniack and Ronald Wayne started a business out of a garage in Cupertino, CA, putting together one of the first prototypes of their personal computers. Over the next decades, the company would introduce several more models, including their Macintosh line in 1984, arguably what turned them from a struggling startup into a fully fledged business. Today, the company manufactures much more than computers, has almost 50,000 employees and brings in revenues of over 14 billion each year.

Google might be a household name today, but back in 1998 the search engine giant was just starting out. Their corporate headquarters? A Menlo Park, CA garage. For the next five months, Google’s staff of three would work out of this garage, perfecting their search algorithm, indexing web pages, and raiding the refrigerator of their friend’s attached home. By the next year the company had outgrown the garage and eventually moved into what is today known as the Googleplex. To celebrate their 8th birthday, Google purchased the garage and intends to preserve it as a lasting legacy to the humble beginnings of their business.

Mattel wasn’t always the toy maker we know it as today. When the Handler’s got their start in the 1940’s in a Southern California garage, they were making picture frames, not toys. Ruth Handler began taking the scraps of wood from those frames and making doll furniture, a side business which proved quite successful. Because of this, the entrepreneurs decided to change their focus to toys instead. In 1959, they introduced the first Barbie, and afterwards became a household name. Today they’re home to big names in the toy business like Fisher Price, Hot Wheels, American Girl and a number of board games.

Back in 1939, Bill Hewlett and Dave Packard decided to establish their own electronics manufacturing company. Based out their garage in Palo Alto, CA, with an initial investment of only $538, the two helped establish the technology hub that would become Silicon Valley. When they started out, they made everything from high-tech electronics to agricultural products but by the 60’s were homing in on the tech market exclusively. Today, the company is an electronics giant, with some of the highest quality personal computing products on the market. They have opted to preserve the garage where they got their start, making it into a museum.

In 1994, Jeff Bezos laid the foundations for what would be the online retailing giant Amazon in his garage, hoping to follow in the footsteps of fellow garage entrepreneurs HP. With a strong foundation, the company grew very quickly, and before long was in need of a much bigger space to house their operations. Today, there are few people who haven’t shopped with the online retailer, buying everything from food to televisions to electronic media. This small business had become one of the leading retailers in the world, with billions of dollars in sales each year.

While he would go on to build an animation and entertainment empire, Walt Disney’s first studio was a tiny, one car garage in Hollywood. There he worked on a variety of animation products, setting up a makeshift studio in the space, while he waited to see if his Alice in Wonderland pilot would be picked up by any major distributors. It was, and the company quickly moved out of the garage into a proper studio. These days, Disney is an entertainment giant for kids and adults alike with movies, theme parks and products around the world. That tiny garage was almost torn down, but the dedication of a few interested citizens helped to save it and interested visitors can go there today to see where it all began.

In 1975, Bill Gates and Paul Allen founded Microsoft, with just a few resources and an available garage space. Unlike Apple who developed both software and hardware, Microsoft homed in on the software market. Working with IBM, the company licensed their first OS for a mere $80,000. Later, they would go on to develop more sophisticated operating systems that would evolve into those we know as Windows today. The business would grow to be one of the most profitable and powerful in the world, dominating the personal computing market.

Anthony Maglica started his dream of owning a business by working long hours to earn the money it would take to put a down payment on his first lathe. Working in a Los Angeles garage, he began to design and build precision parts for industry, aerospace and the military. By 1974, he was incorporated as Mag Instrument and the company was gaining a reputation for the quality of their products. In 1979, MagLite released their first flashlight, the product they are best known for today. It would help them to become a household name and secure their place in the market.

Unable to afford a present for his mother, young Michael Kittredge created his first scented candle from some melted crayons in his garage. Neighbors saw the candles and began purchasing them from him, eventually motivating the high school student to found a business with two high school friends. Kittredge sold the company in 1999 after a cancer scare, but it has gone on to even greater success and is now sold at many major retailers and a number of its own standalone stores.

It makes complete sense that a company selling vehicles would get its start in a garage or outbuilding, because that’s where those products eventually end up. Harley Davidson did just that, starting out in 1901 with a small business that built engines for bicycles. Of course, it wasn’t long before they started developing the motorcycles for which they are known, and in 1903 they had already released their first racing bike, constructed in a small wooden shed. Buoyed by the popularity and speed of their motorcycles, the company expands, constantly rethinking the best ways to build a bike. Today, they’re still known for producing some of the biggest, best motorcycles on the market and have become a household name.

This article was first posted in AccountingDegree.com.