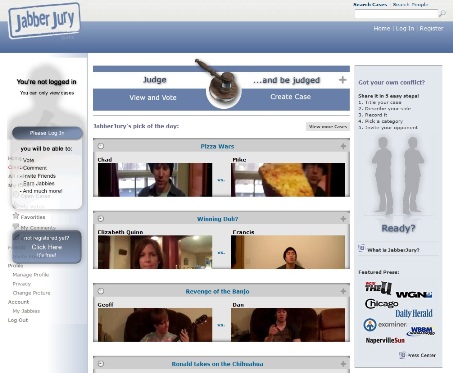 Heard of The People’s Court? Or Judge Judy? C’mon admit it – many of us were hooked on these American courtroom reality TV programs, and some of us still are. Here’s a new website that puts a spin to legal wrangles – Chicago-based JabberJury (www.jabberjury.com) is a virtual courtroom where people can air and settle their conflicts, with the public weighing in.

Launched last month, the site allows anyone with a gripe or dilemma to upload a video stating their case. Each party in the dispute is given equal opportunity to defend against their opponent’s arguments with opening statements, rebuttals and closing arguments. Each side can then invite friends to be jurors who vote for a resolution (along with any member of the public) and collectively decide an outcome. You can even get rewarded with points – called Jabbies – for those who voted for the winning side.

Crowdsourcing a resolution? That sounds utterly scary. But the founder doesn’t think so – unlike real court proceedings, JabberJury’s resolution process is designed to be fun, and is what founder Kevin Wielgus likes to call “conflictainment”.  “It’s human nature to eavesdrop on the couple arguing one table over at a restaurant. Every good story has a hero, a villain and a conflict. And we all have an opinion,” says Wielgus. “Whether it’s a squabble between spouses over what color to paint the kitchen, cubicle-mates who can’t agree on a radio station, or roommates who fight over food, JabberJury’s pool of conflict is endless, and entertaining.” 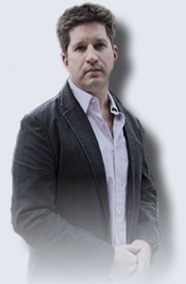 Wielgus – an Internet veteran who was previously the director of sales for Spotme, Inc., an international company providing networking and database management services to the meetings and events industry – came up with the idea for JabberJury one night after a friend had an argument with his former girlfriend that Wielgus and his wife witnessed. She later sent the friend numerous scathing texts criticizing his behavior. “They only had one side of the story. My wife and I saw the whole thing and knew my friend was right. So often, friends are asked to weigh in on disagreements but they seldom hear both sides,” he says. “Now, with the rise of social media, we realized there was an opportunity to create a venue for people to air both sides of their conflict in front of an even broader audience to figure out who’s right.”

“Why not let the whole world decide?” Why not, indeed. After all, we do love weighing in, and we certainly like watching others wash their dirty linen in public.