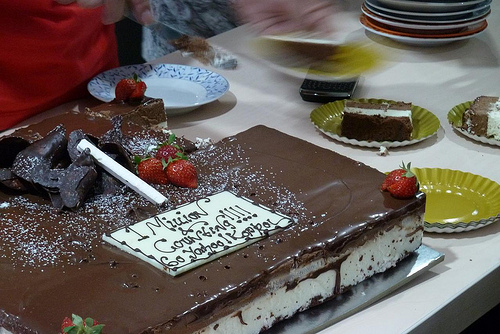 Last Friday, Koprol announced via their corporate blog that they have hit 1 million registered users on the location-based social networking service. A lucky user, diditdomba, was invited to visit Koprol’s office and receive 1 million rupiah cash rewards and of course, Yahoo! swag. It was only 2 months ago when Koprol announced their 500,000  registered user achievement, and yet it only took them 2 months to double their user base. Of course, the high spike is supported by the national TVC campaign that helped them reach broader youth market all over Indonesia.

Another exciting announcement from Koprol is that according to ComScore’s report, Koprol beat Multiply and Friendster in terms of pageviews from Indonesia, making Koprol the third most visited social networking site in Indonesia. Koprol now ranks #3 in Indonesia after the behemoth Facebook (#1) and Twitter (#2). Now It’s Fajar and team’s job to beat the hell out of Facebook and Twitter in Indonesia for the #1 spot, good luck with that.