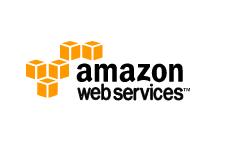 Amazon Web Services has announced the launch of its fourth annual ‘Startup Challenge’! This year, the contest – which encourages startups to build their businesses around its AWS cloud platform – will open up across 22 countries and, for the first time, include Asia Pacific countries in Australia, India, Japan, New Zealand, Singapore and South Korea.

“We are excited to extend the AWS annual ‘Startup Challenge’  for the first time to Asia Pacific, which is especially timely with the launch of the first AWS Asia Pacific Region earlier this year. We look forward to helping unleash the talent and innovation of many start-ups and developers in Asia Pacific by providing them with easy access to the pay-as-you-go AWS cloud infrastructure,” said Adam Selipsky, vice president, Amazon Web Services.

The top prize winner will be awarded US$50,000 in cash, US$50,000 in AWS service credits, premium support services and technical mentorship from Amazon Web Services for one year, as well as a possible investment offer from Amazon. Contestants will be evaluated on the originality and creativity, the likelihood of long-term success and scalability, how well they address a need in the marketplace, and the degree to which the business implements and integrates the pay-as-you-go technology platform and services offered by AWS. Submissions close on Oct 31, 2010.

According to Amazon Web Services many startups in the region already deploy the company’s cloud computing services. One of these companies is Singapore-based startup iTwin, creator of the iTwin consumer device which provides plug-and-play remote file access, built its entire back-end infrastructure on AWS.

“Our resources are limited as a start-up and AWS has enabled us to significantly reduce our upfront capital expenditure,” said Lux Anantharaman, co-founder and CEO, iTwin. “Moreover, AWS is simple to configure, deploy and scale. Our engineers have been able to conduct multiple experiments in a short period of time, accelerating the global roll-out of iTwin’s product in a time frame that was unimaginable a few years ago.”

“As a start-up, I feel empowered to be able to compete worldwide with the globally scalable infrastructure resources provided by AWS.”