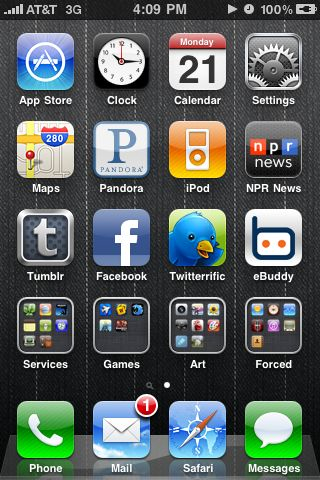 Many individuals are learning bigger is not always better after installing iOS4 onto a 3G iPhone. Numerous complaints pertaining to phone malfunction are beginning to surface and Apple as of yet has no remedies for the problems.

While countless many hoped the newer operating system would enhance performance, the opposite is true. Any innovative features accompanying iOS4 are virtually non-existent as the onboard hardware is not capable of correctly running the system even at baseline functionality. Some phones do not restart after download and others crash during use.

Those lucky enough to install iSO4 and continue to have operating phones voice multiple complaints and are experiencing an unbearable lag. Interface transitions are jerky, virtual keyboards are slow to load, Safari inexplicably pauses, apps take longer to load and run slower when initiated, restarts take longer, and the touch screen becomes non-responsive.

Not only is the inept hardware resulting in system delays and malfunction, but iOS4 taxes the battery in a major way. Phones are overheating and fully charged batteries are drained to half capacity within a matter of a few hours.

Numerous problems surfacing are related to Bluetooth mishaps if the feature continues to operate. Many report that voice quality is poor as individuals sound distant or calls sound muffled. Others experience difficulties when attempting to sync iPhones to an automobile via the Bluetooth feature.

Many individuals lose connectivity altogether. Some continue to make/receive calls and text messages, but can not access the internet, while others can do neither. Error messages pop up when persons attempt to open Safari or the server stops responding, leaving users without the ability to browse the web, play games, or access email.

(Disclosure: The editor of this blog works in the consumer electronics industry that competes with Apple. This post is contributed by the writer, with links added by the editor for substantiation.)