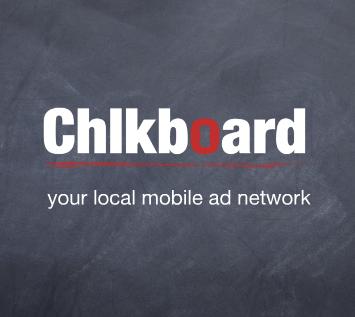 Singapore-based mobile location-based marketing solutions provider Chlkboard last week opened its API to developers, allowing them to push contextual location-relevant ads  into their own mobile services. Through their platform, it offers a 60-40 revenue split on ads served from its current list of 180-plus retailers, which runs the gamut of services from supermarket giant Carrefour to independent sushi chain The Standing Sushi Bar,  based on click-through rates.

Develepors who have tried out Chlkboard‘s API commented on its simplicity and ease-of-use. Mobile games developer AzukiSoft (whom we interviewed earlier) has tried it with their flagship iPhone game Piecehunters, as well as Windows Mobile-based game “Ramen Rush”. “Having tried literally hundreds of APIs, Chlkboard‘s API stands out with regards to ease of implementation,” says Gibson Tang, Azukisoft’s founder.

Similarly, local mobile services development shop 2359 Media added a new sales section to their popular retail mobile application SG Malls, which aggregates store information from all Singapore shopping malls, so that users can discover sales promotions around them. “With the bulk of Chlkboard advertisers coming from local retail and F&B outlets, these advertisements are actually relevant content for the users of the application. Hence, it was a natural decision for us to integrate Chlkboard and enhance the experience for our users,” says 2359 Media co-founder Wong Hong Ting.

“In the near future, we will also be integrating Chlkboard into our regional focused applications as well, together with their plans to expand to Malaysia and Indonesia.” Hong Ting believes that social location-based marketing requires a company that actually understands local ways of business and the circles of influence within that market in order to succeed. “With the business category being at its infancy, we think that Chlkboard has had a good start in terms of market adoption, and look forward to how the team iterates the product as the market begins to pick-up,” he says.

“Location-based marketing has good market potential, but it must provide value to the user which can involve filtering of advertisements based on context and other variables,” adds Azukisoft’s Tang.

You can find out more about Chlkboard from our earlier interview. Chlkboard co-founder Bernard Leong will also be sharing on a panel on mobile applications at the upcoming Echelon 2010.

Young Upstarts is a media partner of Echelon 2010.