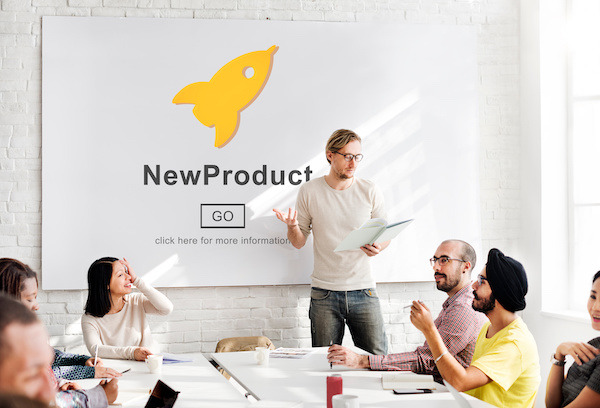 In this era of rapid change, creativity and innovation are essential for success. Entrepreneurs are challenged with uncovering real problems and designing elegant solutions to those problems. Yet all too often entrepreneurs reverse this process. What results is known as the “great product, no market” mistake.

Consider the following scenario. A consumer products company wanted to expand from retail into the institutional market. Market research indicated that the size and number of hospitals and school afforded great opportunities for revenue growth. The plan was to approach this new market with the same routine used many times in retail: Make a superior product, promote it like crazy and watch the customers pour in. The company began a project to offer a better disinfecting and cleaning product than was currently used. Its testing showed that all current competitor products provided only marginal cleaning but passed the government laboratory germ killing tests. The solution was to produce a product that was both a cleaner and a disinfectant that killed germs much better.

After two years of intensive effort, the R&D department completed the project and a breakthrough, patentable formula was finally achieved. Field testing proved the new product killed germs significantly better than competitors’ because it unearthed tough-to-reach germs. The company was eager to unveil the new product to customers who surely would be excited by its breakthrough performance.

When the product went to test market, the company was unable to sell even a gallon. As it turned out, purchasing administrators in hospitals and schools were searching far less for improved cleaning and disinfecting than they were for lower cost. The new product was more than double in price compared to the current product. Their current products were satisfactory in performance (no one was complaining) and purchasing decisions were made on price and service. So, the team had devoted two years on a great solution to a non-existing problem.

Taking a deep dive into fact finding will move entrepreneurs from assumptions about the markets, customers and competitors to informed decisions and strategic actions.

Before developing an innovation idea to bring to market, pursue these seven strategies for fact finding:

A metaphor for this critical strategy is the Saturn rocket that launched Apollo missions to the moon during the 1960s. Shortly after the rocket left the ground, its first stage dropped off. The second stage took over to lift the rocket higher before falling off in turn. The third stage then propelled the landing craft on a course to its final destination. Becoming aware of a new opportunity or problem is like the first rocket stage. It’s enough to get the entrepreneur started, but it’s only the beginning. The problem as they first perceive it may not represent the problem as it’s later perceived. Searching for facts about the new opportunity or problem is the second rocket stage, which then leads to further relevant facts in the third stage. By being open to as many potentially relevant facts as possible, entrepreneurs will improve, expand and enrich their final perception of the opportunity.

Each of us sees “the facts” in a situation, or reality, through our own biases, filters, and acquired knowledge. Collaborative problem-solving brings together a variety of viewpoints, which uncovers additional facts and broadens the view of a problem. Further, considering the potential customer’s point of view by learning how they spend their time, what they value, their product preferences and more.

The attitude taken toward gathering facts is critical. Approaching problems with an openness to new information will challenge preconceived perspective on it. Zen master Shunryu Suzuki observed, “In the beginner’s mind there are many possibilities, but in the expert’s mind there are few.” Entrepreneurs should begin the search for facts as novices. By doing so, they can uncover the language, issues, critical success factors, and constraints inherent in a problem.

4. Avoid a negative attitude toward “problems.”

If you automatically consider a problem a negative thing, then not only does your attitude lower your motivation to tackle it, but it also confines your fact finding. You start looking for only negative facts. Without a complete picture of the facts — negative and positive — your subsequent problem definition will be off the mark.

Entrepreneurs often avoid asking questions or volunteering information for fear of their ideas being stolen. But guarding ideas in an overprotective way comes across like Gollum in the Lord of the Rings (“my precious!”). No one will help a person who appears greedy or pathological. Instead, ideas shared in collaborative sessions will change into entirely new ideas when new facts are gathered.

In collaborative problem-solving sessions, it’s important to say what you think. The rule is that there are no bad ideas during fact finding. Offering information and ideas only to fit what you think the rest of the group wants to hear robs the session of your unique viewpoint. Many people second-guess themselves and believe that, if no one else sees the problem as they do, they must be wrong. The person who sees things differently from others is sometimes the one who sees them most clearly.

7. Look for the truth, not just ways to boost your ego.

The attitude of everyone in a fact-finding session should be that the purpose of the exercise is to uncover as many facts about a problem as possible. All ideas are welcome. Therefore, the entrepreneur must not take it personally if people offer differing perspectives that disrupt their current idea. In fact, they should welcome it. The agreed upon goal of any fact-finding session should be to uncover information that can lead to better problem definition and superior solutions later.

The agreed upon goal of the fact-finding strategies is to uncover information that will lead to better problem definition and superior solutions in the long run. The greatest discoveries occur when someone seeks answers others aren’t willing to pursue.