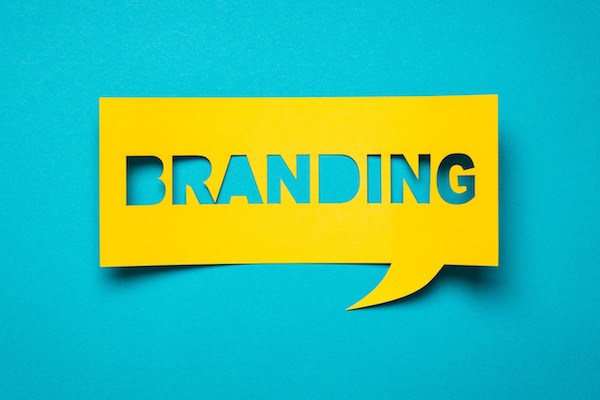 Anyone who occupies an executive position within their organization has grappled with these questions, or at least acted on the answers laid out by the organization’s founders ― answers that lie within the nucleus of a brand’s identity.

Founders seldom think about the moment when everything is going to go wrong. Yet a strong brand identity also serves as a shelter for any number of future storms. It is the best indicator of whether a company can make it through a crisis. Brand strength creates a foundation that enables leaders to confidently speak to the company’s mission and values when put to the test.

PR News reports that 60 percent of companies have current crisis plans. More than half significantly engage their marketing departments in that plan. Executives trained in public relations know timely and thoughtful communications are key in a time of crisis, making it important to have marketers on the response team. But the marketers’ most valuable work will happen long before anything goes sideways.

When crises occur, the wisest question isn’t, “What do we say?” If your organization has laid a foundation with a strong brand identity, the first consideration is who you are and why you exist. Messaging is important, but it is secondary to the actions taken or committed to.

“We’ve taken care of you for seven years,” asserted jetBlue founder David Neeleman, just days after hundreds of flights were canceled and some passengers spent nine hours stranded on a tarmac in a 2007 ice storm that overwhelmed the company’s infrastructure. “This will be an aberration because we are going to make some major changes in our organization to make sure this doesn’t happen again.” Neeleman’s words came after the airline looked at its mission to “bring humanity back to travel” and discerned a response in line with that mission. The promise was backed by a $30 million infrastructure investment to prevent similar setbacks, and a customer bill of rights. Neeleman’s pledge to become “better than any other airline” in such situations guided the company for years to come.

After a 2018 supply chain crisis left Kentucky Fried Chicken restaurants in the United Kingdom without chicken for several days, the fast food chain used its established corporate voice to put a smile on the faces of consumers. Few recall KFC’s swift action with its new delivery partner, DHL, to sort out the problem. More recall a KFC bucket with the letters rearranged as “FCK,” positioned above an engaging, sincere apology and featured in newspapers across the country: “It’s been a hell of a week,” the ad read, “but we’re making progress, and every day more and more fresh chicken is being delivered to our restaurants. Thank you for bearing with us.”

In 2001, Toyota Motors North America had just sold its 10 millionth vehicle in the United States when a rash of engine failures struck the automaker’s top-selling sedan and minivan models. Riding high with a reputation for stellar quality vehicles, it had just spent most of the past decade singing its tagline, “I love what you do for me.” Many Toyota owners took for granted how well the vehicles ran and neglected to get regular oil changes. Arguably, the company’s strength caused the crisis.

Toyota quickly issued a letter to more than 3 million vehicle owners, emphasizing the company’s stellar reputation for quality, encouraging customers to get oil changes at manufacturer-recommended intervals, and assuring them that engine failures not due to extreme neglect would be taken care of at the dealer. A look back at sales numbers and stock prices indicates that Toyota kept moving forward quite well in the years that followed. (Not ironically, “Moving forward” was its next successful tagline.)

Brand identity as a moral compass

Bad things happen to otherwise solid companies all the time. As long as human beings run businesses, it will continue to happen. Employees or executives will embezzle. Recalls will undercut claims of quality. Cyber criminals will strike. Divisions or product lines will fail. Customer disputes will explode into high-profile lawsuits.

When your brand and company values are tied closely together, your company has a built-in way of acting, as long as its leaders have the temperance to stay on course.

KFC, jetBlue, and Toyota North America all had intentionally built their corporate images long before facing their respective trials. Those images informed the proper actions for their executives. Equally as important, those executives had the wherewithal to practice needed brand discipline — the self-mastery to depend upon your company’s values and voice, no matter the situation.

There is no shortage of crisis public relations firms to help draft a plan and conduct a vulnerability audit. And it’s a good bit of insurance to have for the sake of every stakeholder. But crisis audits, while heavy on risk mitigation and necessary communications, tend to be less focused on brand discipline.

This might be a good place for marketers to weigh in on those crisis plans.

Having a strong brand identity does more than ease the flow of words. It paves the way for the proper actions. Saying the right thing means doing the right thing. When you do what you believe is right — what your established brand tells you is right — it’s much easier for an organization to talk about and defend its actions.

While the elements of each crisis will differ, every brand’s recovery depends on how it established its reputation before everything appeared to go wrong. Once a scandal unfolds, it’s too late to engage in reputation-building. Your brand’s bed has been made.

The time to protect your company — provided you don’t have a scandal on your hands already — is now.

Branding establishes trust and credibility, something an organization will need in spades when its reputation becomes vulnerable. No playbook can anticipate every possible crisis. It’s the nature of crises to be unpredictable in the first place. Your preparation, then, is in developing your brand discipline and being ready to apply it to any circumstance. Thinking about the day when everything goes wrong allows an executive team to view its brand identity through a different, darker lens. It’s not wasted energy.

Consider: What is your brand saying today that will give you credibility tomorrow? What’s the worst that can happen tomorrow that could potentially exploit holes in your messaging today? What crisis would most directly undermine the promise your brand is making to your stakeholders? And what if that crisis happened?

While it’s not a bad idea to know an experienced crisis communications agency, they, and you, will need a solid foundation to work with when problems arise. Your company’s identity should be built for such a moment. 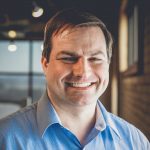 Joe Kohn is an Account Leader at ddm marketing +communications. In this role, Joe focuses on providing clients genuine and impactful communications strategies to build and strengthen their businesses.