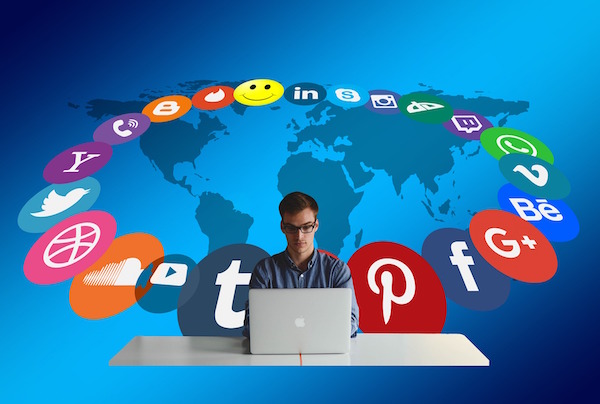 “Digital identity is bigger than the identification of an individual. It’s about the data we create in the digital world that is associated with our identity.” — Don Tapscott, Executive Chairman, Blockchain Research Institute

What Is Our Identity?

Your identity is much more than your name and a picture on your driver’s license. It is everything we do in our daily life, both in the physical world and online. COVID-19 has accelerated everyone around the world to be more digital. The problem is that we have given more control over our identity and privacy to the world’s GAAFTM surveillance kings like Google, Apple, Amazon, Facebook, Twitter, and Microsoft, and of course, our governments.

Meanwhile, our identity data records are locked in banks, big corporations, hospitals, governments, and other third parties, where we must ask permission from them to use our own Personal Identity Information (PII) and Person Health Information (PHI). We rely on these third-party centralized organizations to prove “who we are” and “what we own,” — but we do not control them, they control us.

Let’s just take the current state of the worldwide COVID-19 crisis and how it affects the security of our identity and is leading to more surveillance of our private lives.

COVID-19 kicked the door wide open for the surveillance state. Have you been on a plane yet since the pandemic started? Are you living in a city or nation still requiring you to prove your health status with COVID-19 or now Monkeypox? Please, don’t misunderstand me. I’m NOT saying vaccines don’t work or that people shouldn’t get vaccinated, but as a believer in the Constitution of the United States and wary of Tuskegee-style government experimentation, I say everyone should have the freedom to choose to get the vaccine or not. As a Doctor of Health Administration, a Certified Infection Track and Trace Specialist for the South Carolina State Guard, and a lecturer teaching data privacy at the University of South Carolina, we can talk for days about the pros and cons of the existing COVID-19 vaccines and how the state can manage the continued epidemic. That, however, is not the point of this special article.

When We Lost the Right to be Unknown

The problem with all these mandates to get the vaccine is that the digital tracking involved in proving to your government, employer, gym, or restaurant IS what I want to warn you about.

For years, we’ve been mindlessly walking into the world of the digital surveillance state — one in which the GAAFTM and/or the government tracks, monitors, and records everything we do 24/7 because they want to know where you’ve been and who you may have been exposed to over a period of time. With this pandemic, my worst fears of the future regarding our privacy have become pronounced to the point of active concern. Even if you’re pro-vaccines (I am vaccinated), the current vaccine passports being used should worry all of us. We’ll look at why they’re just the start of a much more invasive tracking and surveillance system in our daily lives.

Imagine you have an important flight to catch for business in another city, but when you arrive at the airport to check your bags, the young man at the baggage counter says you can’t board your flight or any other flight for that matter because your “social credit” score is depleted. You argue that you must catch this flight, but he is adamant, saying, “government orders; you’re on the ‘no-fly list’ for the next twelve months.” You may believe this is nuts, but this is exactly how the social credit system works for the Chinese Communist Party government to control all its citizens. The Chinese feds award points for being a good citizen and dock points for being “anti-social.”

For example, you didn’t participate in the community parade last month, the street cameras caught you jaywalking, you missed paying your loan to the bank, or you even got docked for reading the wrong book you bought from Alibaba (China’s Amazon). This system requires you to show a type of barcode called a QR code when you want to board a plane, train, or rent an automobile. If it shows the verifier a low enough score, you’re not allowed to board, ride, or drive. You might only be allowed to travel by bus. Too low a score, and you’ll also be blocked from staying in certain hotels or even getting a job working for the Chinese government or state-run businesses (which is most of the larger companies nowadays).

You say, that won’t happen here in the U.S., but I say what China and other western nations are doing today could very well be starting tomorrow in your nation, wherever you live. This is where the pandemic comes into play as the catalyst for our federal and state governments to roll out these Chinese-style digital tracking systems. The pandemic is the perfect use case for the U.S. to test these invasive surveillance measures. People fear getting sick, they fear for their families and even their communities. So, while you’re willing to put up with governments suspending civil liberties, restricting activities, and dictating requirements, the next step is the rollout of a “digital health passport,” a required app on your smartphone that captures all your basic information.

The pandemic has accelerated the trend that has been in motion since the mid-90s when everyone started to adopt digital technologies into their daily lives. Remember the World Wide Web launch where everyone believed it would be a huge boost to the economy and stock prices shot through the roof? But it turned out to be a bigger boon to companies like Google and Facebook, and the government allowing them to track us using Big Data and monitoring everything we do all the time. There are plenty of examples.

Imagine being carded at a restaurant when they need to know if you are “of age” to buy an adult beverage. When giving the waiter or bartender your physical state ID, you are releasing your personal information when you really don’t need to, nor should you. You are allowing that person to learn your name, home address, and actual birthdate when they all need to know is that you are over 21 or of age to have an adult beverage. The same happens when you are applying to multiple colleges or several prospective employers checking your personal background information to determine if they want to accept your application.

Today, this information is provided via a bunch of paper documents, plastic cards, or online forms gathered from one centralized institution to another, releasing more of your personal information than you need to reveal and building multiple databases of millions of profiles called a “honey pot” of information that all criminal hackers want to get a hold of for nefarious reasons. In a recent Wall Street Journal article regarding the difficulty the food and beverage industry is having finding employees, they wrote about how restaurants are digging deep into their HR system, reaching back years, to see who had applied for jobs in the past. They spam them with emails asking if they would still like a job — even five years later.

This is exactly the problem we have today with data retention and the lack of your right to be “unknown.” In 2013, National Security Agency (NSA) contractor Edward Snowden released documents showing how the agency was monitoring Americans’ communications in a massive digital dragnet. Heck, they were even caught tracking the German Chancellor through her own government-secured mobile phone. There was Facebook’s scandal with Cambridge Analytica affecting the 2016 U.S. presidential election, and if you watched the Netflix documentaries titled “Social Dilemma,” or “The Great Hack” you learned from former developers with Google, Twitter, and Facebook how the companies give away their applications and services for free so that you will agree to allow them to track everything you do.

Most people take the loss of privacy as a reasonable price to pay for such convenience, but what they don’t understand is that by enabling these companies to capture their data, they use it to make huge revenues and grand corporate valuations by selling the data to advertisers and market research companies. It’s not even limited to the free products. Millions of people use the latest surveillance devices such as Amazon Echo, Google Nest, and Amazon’s Ring facial recognition doorbells. Have you been sitting around just chatting with your friends about everything under the Sun, and a couple of days later, some ad pops up in your Facebook feed directly relevant to your discussion? You think about it, and you know you didn’t search or post about your conversation then. This type of stuff is just happening.

In her book, “The Age of Surveillance Capitalism: The Fight for a Human Future at the New Frontier of Power”, Harvard Professor Shoshana Zuboff talks about this as a new form of economic oppression that has crept into our lives. The concept of surveillance capitalism is how advertising companies, first led by Google’s AdWords, realized the opportunity and financial rewards of using personal data to target you more precisely. Zuboff explains how surveillance capitalism exploits and controls human nature to capture your attention and motivate you to act with as little thought about the purchase or action as possible. In other words, they know you so well they can turn your wants into needs, so you will buy immediately.

So, why should you care?

As the Netflix documentaries and Zuboff have illustrated, if you use these free apps and services, then guess what? “You Are The Product.”

We should not like the idea of living in any version of totalitarian China, and if you’re reading this in Europe, you are already required to validate your COVID-19 status if you want to eat in a restaurant… drink at a bar… stay at a hotel… or get on a train or plane. The same restrictive regime measures are not far off in America.

This may be good for fighting the pandemic, but more importantly, to freedom and privacy-loving people, it also sets a dangerous precedent and provides a slippery slope to more invasion of privacy. 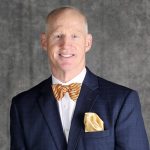