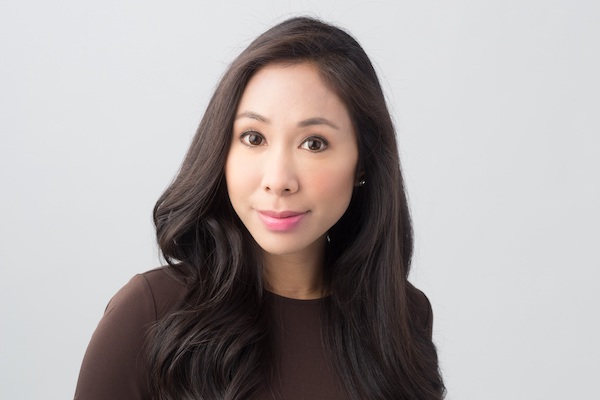 Charitable work and philanthropy have multiple benefits, not just for the initiative or organization you are supporting, but for yourself, your business, and even your family. Philanthropy creates an environment of empathy, emotional intelligence, and a sense of leadership that can help inspire the next generation of business owners.

Katrina Sriranpong is a former immigration lawyer and young legal entrepreneur dedicated to living a life that makes a difference. She is also a philanthropist who supports multiple initiatives from anti-human trafficking, especially of children, advocating against child labour as well as promoting animal rights and habitat preservation.

Previously, in her career, Katrina Sriranpong was the only Thai-speaking immigration lawyer in her home of Vancouver, British Columbia, Canada. Now, she facilitates fundraising events for multiple non-profit organizations that make a global impact. She also serves on the board of directors for a non-profit society for young children which aims to promote inclusivity, multiculturalism, and social responsibility.

Her shift into philanthropic work came when Katrina Sriranpong had two young children. She decided to take an indefinite leave from her career to focus on her family but continued to want to make meaningful contributions in the world.

As a former lawyer and young legal entrepreneur, she made significant connections in the community, which helped fundraise for her initiatives. Now, she is sharing her insight for young entrepreneurs as well as some advice on how they can get involved in philanthropy.

For young entrepreneurs, how important is it for them to become involved in philanthropic work?

Katrina Sriranpong: Philanthropy is important because it aims to find solutions to the world’s problems. By giving and sharing with others, regardless of how you do it, you’re participating in making a better version of the world. I think for young entrepreneurs this is especially important because they represent the new age of up-and-coming business owners. They have a unique opportunity to set the standard for their peers. Businesses that engage in philanthropy will receive disproportionate benefits due to the reputation and relationship it builds in the community.

In addition to helping a worthy cause, philanthropy also provides benefits to the company such as increasing company visibility and improving employee morale by creating a positive social impact. Philanthropy is used by businesses and corporations as a form of public relations or advertising to promote the company’s brand or image through cause-related marketing. This generates goodwill for the company amongst employees and customers as well as the local community. For instance, I know of some small companies which support 100% of the charitable causes of their staff members. This commitment demonstrates loyalty to your staff and also supports a meaningful cause. Another consideration is what your customers care about. You want to create change in an area that your consumers care about as this would make your company relatable.

Large companies find it beneficial to improve social and economic conditions in developing countries as it can create more productive locations for the company’s operations and new markets for their products. As such, it is possible to benefit both society and the company.

Why do you feel businesses should make a conscious effort to give back?

Katrina Sriranpong: I think that anyone in a position to give back should. Your donations of time, money, or skills have the potential to positively impact the lives of many individuals. For businesses, involvement in philanthropy sends the message that your brand is empathetic and concerned about current issues in the world. This establishes a reputation for your business and shows that your company cares, and people want to be involved with businesses and brands that are sensitive to the world’s issues today.

Some people may not agree with me, but there is absolutely nothing wrong with improving your company’s competitive edge or reputation while making a sincere commitment to bettering society. I don’t think there is anything wrong with making your giving strategic. However, if a company remains too focused on their public image, they may sacrifice opportunities to create social value. For example, Avon Products donated $32 million to fund breast cancer research. This was a large donation but did not really help Avon’s competitive edge and cancer research was not an area in which Avon had any expertise. It was obvious that Avon wanted to generate favourable publicity but experts criticized them for failing to create social and economic value. In other words, some experts argue that Avon did well but it could have done so much better.

In today’s world, the consumer is very skeptic of the intent of businesses and corporations. Businesses that can demonstrate a significant impact on a social program will receive more credibility than simply being big givers. For instance, consider Kotn, one of my favourite Canadian companies, which started with a simple goal of making high quality shirts at reasonable prices. Kotn invests in the creation of jobs, infrastructure, systems, and education to alleviate poverty and create sustainable growth in the communities they are involved in. They realized that in order to build a lasting business, they would have to invest in communities throughout their supply chain. They currently work with over 2,300 small farmers in Egypt. Through their close working relationship, Kotn is able to identify what the community needs, which puts them in a better position to invest in their future. Kotn buys raw materials (cotton) directly from the farmers, without the use of traditional middle people. This allows fair prices for consumers, environmental transparency, safe working conditions, guarantees no child labour or forced labour, and better wages for farmers as well as better business practices. Also, Kotn has partnered with a local NGO in Egypt so that with each Kotn order, a portion of the proceeds are donated to build schools in Egypt. Their goal is to provide every child in their farming communities with safe, quality education and, thereby, building 50 schools by 2025. They directly support communities that farm their cotton. This is a good example of context-focused philanthropy and strategic giving within their supply chain.

This illustrates that the most successful programs will not be short-term campaigns but long-term commitments that grow in sophistication and scale. Charities would benefit from context-focused philanthropy as there would be more predictability. Long-term partnerships with non-profit organizations would develop close corporate partnerships allowing better expertise. Also, non-profit organizations could benefit from using the commercial infrastructure to be more efficient.

Some philanthropists have argued that philanthropy should be done purely by conscience and should not be influenced or adulterated by business objectives. As such, they believe companies should give back to the community in areas or fields that are totally separate from their business. However, some experts argue, and I agree, that this would be a tremendous loss in opportunity to create greater value for society and themselves.

There is absolutely nothing wrong with improving your company’s reputation or competitive edge and making a sincere commitment to bettering society. Interestingly, large corporations have demonstrated that the more closely a company’s philanthropy is linked to its business, the greater the company’s contribution to society will be.

How do you think up-and-coming business owners should choose a charity or initiative?

Katrina Sriranpong: As a result of globalization of production, entrepreneurs should consider not just their local community, but also multiple countries in their philanthropic efforts. Once you know where you want to focus your philanthropic efforts, you have to decide which non-profit organization you want to donate to. It’s important to select a partner non-profit organization that is effective as it will lead to more social impact per dollar expended. Extensive research is usually required to select the charity that will achieve the greatest social impact. Individual donors rarely pursue such extensive research and diligence, but as an entrepreneur, you want to ensure your company is partnering with an effective cause. This may involve visiting each non-profit organization that you wish to support, interviewing the management, as well as reviewing their policies and procedures to decide if they should be receiving long-term funding from your business.

Once your business approves a non-profit organization for funding, you can ask other entrepreneurs and businesses or your suppliers to make a collective donation to increase the funding. In addition to monetary benefits, different companies will bring different strengths to a given philanthropic initiative. Therefore, collective donations can be more effective than a donation by any one company. Also, collective corporate philanthropy would enable costs to be spread between multiple businesses or corporations. Working with other entrepreneurs or companies would be beneficial in that non-profit organizations and/or governments would find it easier to collaborate on efforts that do not solely benefit one particular company.

In addition, it’s important to note that philanthropy is often the most cost-effective method for a business to improve its competitive context by allowing companies to leverage infrastructure of non-profit organizations and other similar institutions. For example, established companies donating funds to a university is probably a far cheaper way to strengthen a base of advanced skills in the company’s field rather than developing expensive training in-house.

In other words, if your business requires highly trained individuals and there is a lack of educational programs that focus on your company’s field, consider charitable giving to improve education and training for low-income students, which can combine internships with your company as well as mentorship. Further, by donating your products to low-income communities and schools, a company can provide a clear social benefit while also expanding its potential market and creating future consumers of their products.

For those just starting out, what are some ways, other than monetary, that young entrepreneurs can involve themselves in philanthropy?

Katrina Sriranpong: This is a great question. I think the biggest misconception when it comes to the topic of philanthropy is that people think they require significant funds to make a difference, and this is simply not true. This misconception hinders people and businesses from contributing and making a difference.

As a small or medium sized business, your strategy can include non-monetary donations, such as gifting your products or your services. You can also organize group volunteer activities with your staff members, challenge employees to collectively contribute a certain number of volunteer hours, or give your employees a certain number of days off per year to use for volunteering towards a cause that relates to your business. I would recommend staying away from religious or political causes that would alienate your company from your employees or consumers.

In addition, if your business has limited funds, you should consider linking your donations to your marketing budget to increase your exposure. For example, if you are a small business operating in a specific geographical location, you can sponsor a local children’s sports team, which guarantees marketing for your business every time the team competes and develops a reputation that your company is involved in the community. For a small to medium sized business, the monetary value of the donation may be lower compared to a larger corporation, but philanthropy is still good for your business, demonstrates community involvement and the donation will be just as appreciated.