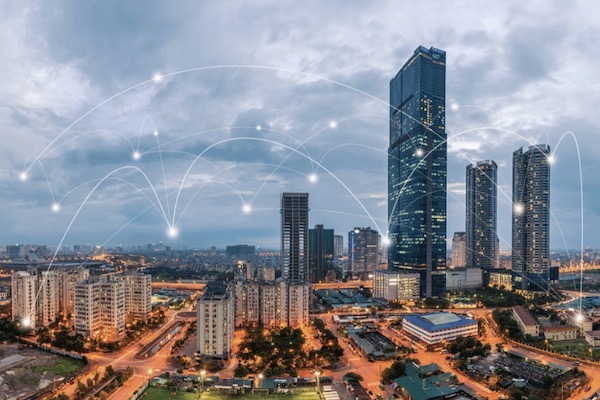 According to the most recent calculations, the world population now, in the year 2021, has reached 7.9 billion, with 79% percent of people living in cities and urban areas. Obviously, the quality of our lives is becoming increasingly dependent on urban environments. The emergence of smart city technology is the result of a more thoughtful approach to city infrastructure, enabling us to improve citizens’ safety and wellbeing, manage resources and achieve environmental sustainability.

As smart future technologies become omnipresent, the number of metropolitan areas transforming into smart cities is increasing as well. New York, London, Stockholm, Singapore, and Dubai, are confidently leveraging the leading-edge tech to improve infrastructure maintenance, manage traffic, avoid crime, create business opportunities and take better care of children and senior citizens. By 2025, according to analysts, the number of smart cities will reach 26, with millions of people reaping the benefits of a managed sustainable city environment, and the investments in technologies for building smart cities will reach $325 billion.

The Ecosystem of a Smart City

A smart city is an urban environment that is technologically enhanced for better efficiency and performance. Its infrastructure consists of a number of interconnected siloes. Let’s now take a look at the core elements of the modern smart city ecosystem.

Modern cities are hubs for manufacturing companies producing goods – from heavy machinery to groceries. Within a smart city ecosystem smart manufacturing refers to a set of practices involving the application of technologies like the Internet of Things for smart cities for increasing efficiency, maximizing employee security, and minimizing harmful emissions.

Using renewable energy is one of the most pressing smart city challenges. Smart power plants using wind turbines or solar batteries are becoming an integral part of the infrastructure of a modern city. Smart energy systems are also used for tracking and controlling energy consumption, and for better energy management.

The use of digital systems is one of the main features of smart cities. The advent of 5G technology will call for tighter integration of individuals and digital networks, not only for the sake of communication but also for interactions with governments and officials. A smart city platform can leverage a set of tools to facilitate interactions between city governments and individuals, convey information, and encourage an exchange of opinions.

How Technology is Solving Challenges for Smart Cities

Despite the obvious advantages of smart cities, many challenges are still standing in the way of transforming urban areas into smart ecosystems. Yet, smart city technology is helping communities in dealing with the numerous issues that have been plaguing modern cities for centuries.

The infrastructure of most modern cities (power lines, water pipes, sewerage, roads, etc) dates back to the 19th century or further. Some of the facilities badly need repairs and replacement. Replacing every element altogether will require immense investments of time, money, and effort. City officials need to allocate resources wisely and prioritize maintenance tasks.

The application of the Internet of Things for smart cities is helping urban communities resolve this challenge. IoT sensors are used to track the state of core city infrastructure elements, schedule maintenances, replacements, and repairs based on their current state. IoT for Smart cities is helping cities across the world approach infrastructure upgrades in a gradual and cost-effective manner.

While smart city devices are truly efficient and helpful, there are many security concerns associated with using IoT technology in cities. Each device may be used by hackers as a potential security loophole. Because all the siloes of big-city infrastructure are interconnected, the damage may be irreparable.

The solution lies in implementing big data city security systems, driven by AI, and monitoring unusual network activity in real-time to detect both known and unknown threats. Such systems based on encryption technologies, data analytics, and blockchain are being increasingly adopted in smart cities.

The traffic and transportation challenge.

The use of IoT in smart cities is helping resolve the traffic and transportation issues that have been historically present in large urban areas. Smart traffic management systems, based on the use of location technologies, help monitor the state of traffic in real-time and redirect it to less congested areas based on the current road situation. Public vehicles can also become a part of these systems: for example, by connecting with each other to share their location and informing passengers about arrival times.

The above facts may leave you wondering how to make a smart city. The process of intelligent city planning includes several logical steps:

Use all the data you have about the core aspects of city life and the state of urban infrastructures. You can start off with the data you have at hand – the main challenge would lie in aggregating it into a unified pool and converting it into readable formats. The insights you get while processing this data will help you come up with practical smart city ideas.

If you’re wondering how to make a smart city model, think about problems and pain points first. It may be energy, transportation, healthcare, or crime rates: the data you have collected will help you indicate which issues need to be addressed urgently using smart city solutions and technologies.

Smart city projects are costly and will require additional funding, so think about grants from governments and private funds. Also, consider crowdfunding and seek support from the local urban communities.

A pilot project will help you monitor how you progress in smart city design, help collect feedback and introduce the necessary changes before you move on to something large-scale. Before you build an end-to-end smart city platform, start with optimizing at least one area of everyday urban life, track progress, and proceed with the next step.

In the future, smart city technology will be tightly integrated with existing urban infrastructures helping resolve pressing issues and problems. The COVID-19 pandemic has forced city authorities to rethink how they approach disease prevention and healthcare, so they will be paying special attention to digital health and security technologies.

Another technology that is predicted to be in high demand is city data services with their capabilities for analyzing crowd data for insights on better city management. Most importantly, the long-anticipated adoption of 5G technology is expected to resolve a number of smart city problems and challenges, by delivering wider bandwidths and better connectivity.

As urban populations grow, smart city solutions and technologies will be gaining wider proliferation and acceptance. Their role will be increasingly becoming more significant since they will be shaping our everyday environments and impact our wellbeing. In this regard, tech partnerships will also bear crucial importance. Urban communities will need strong relationships with tech partners committed to the development and success of their smart city initiatives. 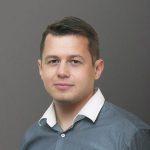 As CEO at Eastern Peak, a professional software consulting and development company, Alexey Shalimov ensures top quality and cost-effective services to clients from all over the world. Alexey is also a founder and technology evangelist at several technology companies. Previously, as a CEO of the Gett (GetTaxi) technology company, Alexey was in charge of developing the revolutionary Gett service from ground up and deploying the operation across the globe from London to Moscow and Tel Aviv.