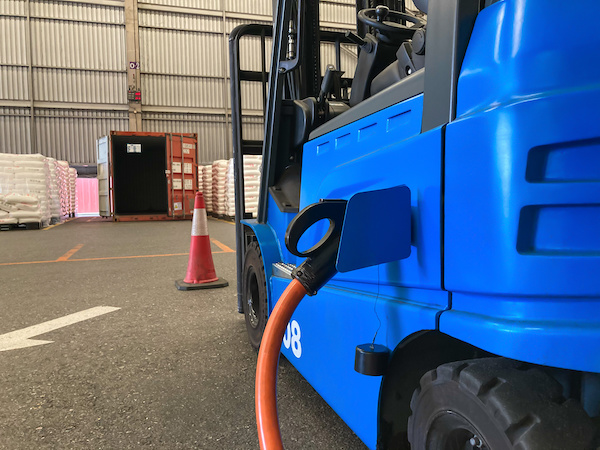 The warehouse is usually the hustle and bustle of activity. Being one of the most physically active areas of any business, it’d speed up the processes to have proper tools of the trade.

Forklifts have always been a trusty companion of many warehouse workers, and some job applications even require having a license to operate one. Companies have realized that having an electric forklift boosts productivity in more ways than one, such as:

Compact And Easy To Maneuver.

Warehouse space is minimal in many circumstances, with various shipments loaded, offloaded, or stored. Some electric forklifts are more compact than other types of forklifts, and they can easily maneuver into and around tight spaces.

The design of the electric version has fewer operating parts than typical forklifts, which means that less space is needed to fit all the features. Forklifts used in the past may have had bigger turning circles and may be bulkier, which could be better suited for outdoor use, not in a closed space like a warehouse.

Each model has its own advantages and disadvantages for different work environments, so choosing the right one may require some thought.

With fewer pieces of machinery, there isn’t much that’d require maintenance. Where typical forklifts would require coolants and engine oil, electrical counterparts would only need a reliable charging station.

Of course, all vehicles would need regular services to check if everything is in good working order. Still, the electric forklift would generally be more durable, making fewer replacements. Because there are fewer breakdowns and possibilities of machine fluid being spilled, electric models are perfect for hygienic operations, like in the food and pharmaceutical industries.

Saving on maintenance costs could see the money being spent on accessories, like extra batteries. When charging takes too long and the forklift needs to be used urgently, these spare batteries left on charge could come in handy.

Newer forklifts may come with a few great additions to the safety of employees that need to operate them daily. Fatigued workers constantly have health issues because of the work environment which may be costly to the company in the long run.

Electric forklifts mostly alleviate these concerns by having an automatic braking system on the pneumatic models, and no toxic emissions like the combustion models. Meanwhile, the propane tank on traditional forklifts takes up so much space and could be a concern because of its combustibility.

Another reason electric models are a better choice for a warehouse setup is the battery acting as the counterweight, which would generally be on the back of the forklift. Freeing up even more space in the rear improves all-around visibility so the driver can observe the area with no hindrances.

These would be essential functions in an enclosed warehouse area that may cause harmful effects for workers and management alike if not implemented, spurring many businesses to switch to electric forklifts.

With the fuel cost rising monthly, it’s just not worth it for many businesses to have propellant-driven forklifts. Electricity may even be more affordable than fuel in some areas. Having an electric forklift solves the problem by just plugging it into a charger overnight and making it ready for use in the morning.

At impossible times, the fuel could run out if not monitored, and someone would have to leave their post to get more. Instead of losing valuable work hours, the electric forklift can be plugged in and ready in less time.

There’s already so much happening in a warehouse that adding more noise could become too much to bear. Fuel-driven forklifts generate operating noises from the engine that most workers loathe. The constant whirring and grinding of the engine parts would be enough to drive anyone up the wall if exposed for too long.

Forklifts with a whisper-quiet electric engine provide peace of mind to workers so that they won’t be overloaded with all of the machinery and operating noises day in and day out. Repetitive, loud noises may contribute to hearing loss and could be prevented by using electric forklifts.

Forklifts make light work of the many tasks performed in the warehouse daily. Without them, workers could easily take twice as long to finish the same job. The vast availability of different models may make it challenging to choose one. In the end, it’d come down to the requirements of the warehouse and the expected workload.

Overall, it seems as if electric forklifts are a better choice for warehouses with their many positive qualities. It’d be up to the company to weigh up its options and decide based on the pros and cons of its specific business.