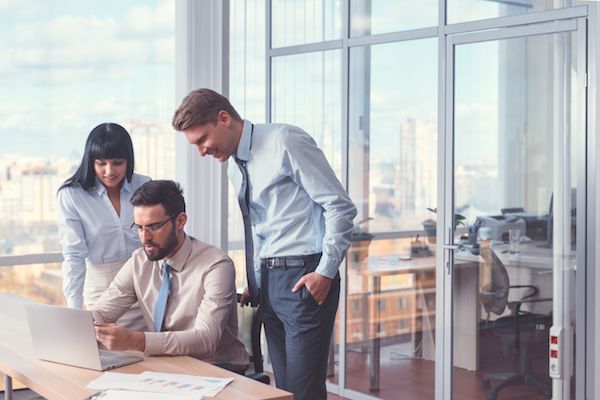 by Rajeev Kapur, CEO of 1105 Media, Inc., and author of “Chase Greatness: Enlightened Leadership for the Next Generation of Disruption“

When it comes to company culture, appearances only count for so much. If the person in charge begins to behave badly, it doesn’t matter how strong of a culture is in place. That culture will take a big hit, and trust will quickly be the first casualty. And years of blood, sweat, and tears put into building the values and vision of a happy and productive workplace could be wiped out in a flash.

On the other hand, when leaders embody the values of their culture, they inspire their teams to aim higher and achieve more, while at the same time increasing cooperation and productive relationships. That kind of Enlightened Leadership is frequently invisible because the executive isn’t trying to call attention to how great they are — and when things are working as they should, that’s not news. It makes headlines, however, when the head of a company or a top executive begins behaving in a negative or destructive way.

It also creates internal chaos and can even bring a business down all together. Just think about movie producer Harvey Weinstein, a Hollywood legend and multiple Oscar award winner. When his predatory sexual behavior was exposed, his company, which backed many acclaimed and profitable films, went bankrupt because of all the lawsuits and landed him jail, not to mention the fact that many prominent entertainment figures refused to work with him any longer.

There are countless examples of business leaders violating norms with disastrous decisions and extreme actions. Their companies suffer greatly as a result. That’s because leaders set the tone. We’re the ones everyone looks to because we’re the ones in power. We are the faces of our companies, both internally and to the public at large. And whether we intend to or not, we are constantly putting out cues that impact our cultures. Do we encourage everyone to be collaborative and respectful? Or do we stir things up with momentum-draining conflict? Are we directly contradicting our cultures with how we personally operate, as Ellen appears to be doing? Or are we properly representing that culture with our words and actions?

You can’t create a positive, dynamic, and productive culture unless you align your own behavior with your company’s stated ideals. When you instead regularly short-circuit the energy you want in your workplace by what you do and what you say, it creates irreparable harm. Suddenly, people aren’t taking your culture pronouncements seriously. Worse, people begin to not take you seriously. They may not be disrespectful to your face, but you can bet there’s some world-class slamming happening behind your back.

A lot of execs talk themselves into believing their attempts at building a strong culture are effective — without asking their employees if that’s the case. That results in a gap between perception and reality. Deloitte has some relevant statistics that show this to be the case:

Clearly, leaders have an inflated sense of how much their culture is embedded in day-to-day operations. That’s because words, tweets and posts can only do so much. We lead most effectively by our example. So we have to be sure we exhibit the kinds of behaviors that will best serve our companies, our employees, and even ourselves. This should always be a primary goal of an Enlightened Leader.

Too often, culture comes down to being just a bunch of buzzwords.

Most company execs now feel obligated to at least put some boilerplate cultural values on their company’s website in order to keep up appearances. Unfortunately, the effort often ends there. There is little attempt to inject those values into the organization’s day-to-day business practices, so those lofty words end up being nothing more than putting lipstick on a pig. Unfortunately, the younger generations aren’t all that anxious to go to work for a porker. Millennials and Gen-Zers are the workers you’re most likely to lose if you don’t put a proactive culture in place. And that’s very dangerous, because those workers represent the future of your business.

It’s been referenced that 80 percent of business leaders believe company culture is critical to success, but only 10 percent actually manage to make it happen. That’s not going to be enough for the younger generations. This is a case where style does not lead to substance. Instead, the Enlightened Leader must walk their talk and put those values into action.

Now, let me reverse myself. This does not mean we always have to be out there peddling sweetness and light. Instead, we have to always focus on accountability and achieving results. Again, we are in business and those elements have to be a vital part of our cultures in order to be successful.

There’s a saying that salespeople like to repeat — “People buy people, not products.” The underlying truth of those five words is undeniable. If you can make the right personal connection with a customer or client, your odds of selling them on something increase dramatically. But there’s an important corollary to this piece of wisdom, and it’s this: People don’t leave companies. They leave people. In other words, if someone feels a strong personal connection with their boss and coworkers, they’re not likely to leave, even though the company may not be all that special. Then again, that same person could work at the greatest place in the world, and if the boss is a complete ass, they might just take their own butt out of the mix and find a position somewhere else.

You might not think it’s such a big deal to lose an employee in this climate — after all, you could have a few hundred resumes sitting in your inbox the day after you post an opening. However, it’s always a huge blow when you lose a valuable person as I did. Not only that, but it’s an expensive, time-consuming process to try and find the exact right person to replace them and then train them so they get up to speed. The Enlightened Leader should want to hang on to the people who help propel the company to success human touch is all important, because those people aren’t going to hang around just because of a good profit picture or some aspirational quotes you tack up on the wall. If you don’t get into the weeds with them to understand where they’re coming from or if you dismiss their ambitions and concerns, they have no reason to feel they owe you anything. Loyalty is a two-way street.

*excerpted from “Chase Greatness: Enlightened Leadership for the Next Generation of Disruption“ 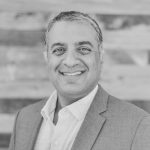 Rajeev Kapur is CEO of 1105 Media, Inc., and author of “Chase Greatness: Enlightened Leadership for the Next Generation of Disruption“.