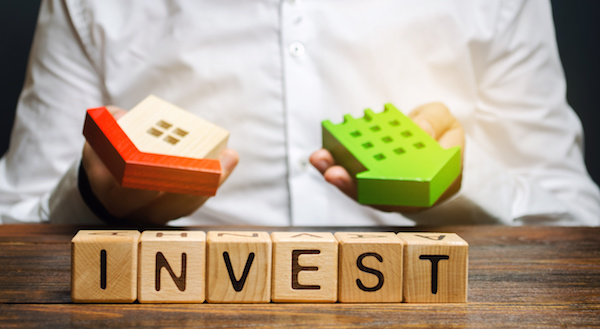 Investment homes are typically a safe and sound strategy to preserve money for retirement while also generating additional income. If you’re looking for investment properties in Washington, DC, you already know that the market is hot and that renters are looking for wonderful places to live.

Whether you’re new to investing in real estate or a seasoned pro, here’s everything you need to know about the current state of the DC market and where you should start.

Washington, DC is routinely rated as one of the hottest real estate markets in the country, with high average rent. Though you’ll need money to acquire an investment property, there’s a strong possibility you’ll be able to locate tenants quickly and profit each month when the rent is collected.

Brightwood has a lot of green space, convenient access to parks, and a lot of fantastic amenities. This DC neighborhood, which is located along Georgia Avenue and features a diverse range of cafes, businesses, and new development, is a combination of old and new.

Brightwood is historically significant, both as the location of Fort Stevens, the only Civil War combat fought in DC, and as a neighborhood with Art Deco, Tudor, and Colonial-style residences.

Commuters in this DC neighborhood can also make use of the adjacent Metrorail Red Line or ride their bikes to work on Brightwood’s handy bike trails. The median buying price of a home is $600,254.

Cleveland Park is a terrific spot to buy a home in Washington, DC, with its attractive Queen Anne, Tudor Revival, and cottage-style homes!

Because of the easy commutes from Cleveland Park Station and the diversity of bars and restaurants along Connecticut Ave and Wisconsin St, this neighborhood is a fantastic place to start a career or retire. This DC neighborhood, named for President Grover Cleveland, exudes civic pride and a strong feeling of community, as evidenced by events like Cleveland Park Day!

It’s also a terrific place to raise a family with loads of kid-friendly outdoor and indoor attractions and near access to premier schools like John Eaton Elementary School and Washington International School. The median price of a home is $759,100.

Another desirable DC neighborhood for homebuyers is Capitol Hill. Classic row houses and Victorian-style residences may be found in the neighborhood, as well as top-rated schools, including Brent Elementary School and Capitol Hill Day School, as well as a plethora of stores and restaurants along with Eastern Market and Barracks Row.

Furthermore, as the home of the US Capitol, Supreme Court, and Library of Congress, The Hill provides people with a front-row seat to modern history as well as professional prospects with the federal government. For trips outside of The Hill, residents can take I-695 or the train from Congress Heights-Union Station. The median selling price of a home is $587,596.

Columbia Heights is a big urban area in Washington, DC, and a popular choice for anyone looking to buy a property. This district, which is full of contemporary architecture, offers a wide range of housing alternatives, from magnificent rowhouses to sophisticated condos.

Historic architecture can also be found, particularly around 14th and 16th Streets NW, where various embassies and international organizations are housed in 19th-century structures.

Harriet Tubman Elementary School and Benjamin Banneker Academic High School are both nearby, and commuting professionals have lots of public transportation alternatives. The median buying price of a home is $549,242.

Without a doubt, Adams Morgan is a popular Washington, DC neighborhood. This dynamic neighborhood is home to plenty of hip pubs and restaurants that attract college students and young professionals. It is a diverse area with a killer nightlife culture. The area is also quite walkable, and many inhabitants opt to forego their cars in favor of bicycles or public transportation.

You’ll find wonderful apartments in Adams Morgan that are in high demand and don’t always require a lot of work before being rented. According to Realty Biz News, the average sale price is roughly $600,000.

Do you wish to live in a hip, urban DC neighborhood that is only five minutes from Downtown DC? Take a look at Logan Circle! Homebuyers will find a mix of Victorian-style homes, row houses, and condos set amid the historic structures in this neighborhood.

But don’t believe this neighborhood is stuck in the past — 14th St., the city’s major business center, is packed with fashionable stores, restaurants, and gay bars offering fantastic nightlife.

Logan Circle not only has great walkability, but it also has bicycling pathways and public transportation alternatives through the neighboring Metro Center Station, making getting about the DC area a breeze! The median acquisition price of a home is $538,670.

Who’d have guessed that a neighborhood famed for its churches and monasteries would become such a popular rental location in Washington, DC? Brookland is nicknamed “Little Rome” because of the many gorgeous churches and Catholic universities in the vicinity. It also has several art galleries and eccentric businesses.

The neighborhood is significantly quieter than other parts of DC, with many older homes on tree-lined lanes. According to Auction.com, this location contains a lot of fixer-uppers and flips, and it’s easily accessible to students, young professionals, and families due to the abundance of transit and buses. The typical sale price is $512,000, and the median property price is $502,000.

Trinidad, an up-and-coming area, has an unbeatable location. Although the neighborhood is not known for its nightlife, it is conveniently located near all of the nightlife on H Street as well as the always popular Union Market, and inhabitants have easy access to the Red Line, allowing them to go around the city as they want.

Right now, there are a lot of properties in Trinidad that need some TLC, but if you’re handy or know someone who is, there’s a terrific opportunity to buy a home, lease it, and develop equity in your home. According to recent data, the neighborhood’s typical sale price is $517,000, although the median property value is around $367,000. So, it means there’s a lot of room for expansion here.

Woodridge, located in the city’s northeast corner, has a somewhat suburban air to it, which is understandable given its proximity to the city’s outskirts. Although it is a quieter area, it is close to Brookland, which means people can easily access all of the amazing art galleries and venues without having to live in such close proximity to the commotion.

Many of the homes in Woodridge were constructed in the early twentieth century; therefore, there are many craftsman and bungalow homes here. The average cost of a home in Woodridge is around $600,000.

Overall, Washington, D.C. appears to have fared well during the pandemic, especially in comparison to other major cities. While the effects of the pandemic may still be seen in several of the indicators in our assessment, the city appears to be making a solid rebound for the most part. With that in mind, it should be a fairly strong investment candidate. 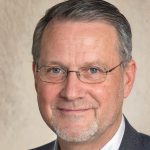