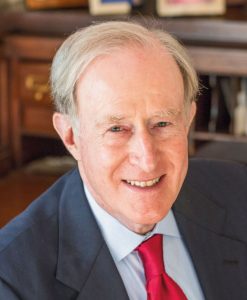 Friedman has also received his M.Sc from King’s College in Cambridge where he studied as a Marshall scholar, and is a recipient of the John R. Commons Award, given by the Omicron Delta Epsilon economics honor society biennially as a recognition for his contributions to economics. Ben Friedman’s other distinctions include the George S. Eccles Prize, an annual award for excellence in writing about economics, and the Medal of the Italian Senate.

Ben Feidman is the author of many works. The most recent is his book “Religion and the Rise of Capitalism“, published by Knopf in January 2021. His book shows how religious thinking has influenced and shaped the foundations of Western economies and its relevance and impact today. He provides insights on the origins of Western economies like Canada and the US and their relationship with English-speaking Protestants. His other two general interest books are “Day of Reckoning: The Consequences of American Economic Policy Under Reagan and After (Random House)” and “The Moral Consequences of Economic Growth (Knopf)”. Furthermore, he frequently contributes to publications such as “The New York Review of Books”.

Additionally, Friedman has written and/or edited fourteen other books and more than 150 articles in professional journals intended for economists and economic policymakers. His focus is economic policy – specifically how financial markets shape monetary and fiscal policies and thus, the overall economy. His works include topics such as the following: The effects of government budget deficits, crisis-response policy and U.S monetary policy.

Ben Friedman serves as a director for both the Private Export Funding Corporation and the Council of Economic Education. He is a trustee of the Pioneer funds and a member of the Committee on Capital Markets Regulation, the Council of Foreign Relations, and the Brookings Institute’s Panel on Economic Activity. He is a fellow for the American Academy of Arts and Sciences.

Below is Ben. Friedman’s Partial bibliography as stated on Wikipedia:

Ben Friedman in the Recent Years

Most recently, Ben Friedman served as Director and Member of the Editorial Board at Encyclopaedia Britannica from 2000- 2018. He also recently spent time back at the Federal Reserve Bank of New York as a member of an Academic Advisory Committee created right after the year 2000 for the first ten years of the century. Currently, he has maintained positions at the Journal of Money on the Credit and Banking Advisory Board since 2001 as well as serving as Associate Editor at the Journal of Restructuring Finance since 2004.

A Career to be Acknowledged

This Ben Friedman is certainly not Canadian in any form, but he might have been the busiest American professor that this country has seen in the last fifty years. His accomplishments are vast and he deserves to be recognized for all of his contributions and the furthering of the Economic landscape in higher-education institutions everywhere, along with the countless work done beyond Harvard’s hallowed halls.