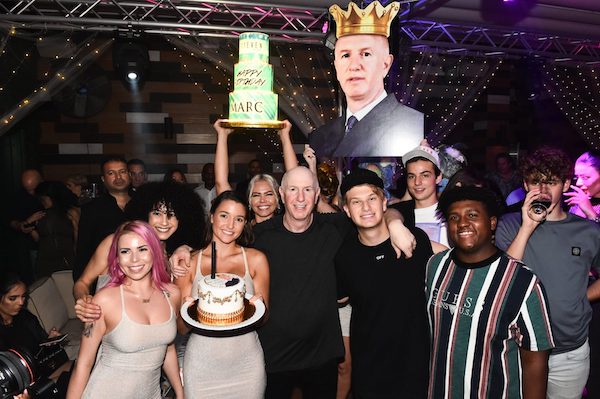 The world is waking up to the unveiling of a legend who has evaded the public eye for decades. It is rare to have the terms “visionary,” “sports agent,” “entrepreneur,” and “real estate mogul” all describe the same individual. But for Marc Roberts, these are only a few of the hats he wears.

Robert’s story is about a man who conquered and achieved unparalleled success in some of the most competitive industries. He worked in the sports industry, entertainment industry, real estate industry and is a renowned figure in charities.

Roberts is also a husband to Marci Lynn and a father to two sons, Ryan and Justin Roberts. He resides in Miami Beach, Florida, with his family.

Undoubtedly, Mr. Roberts has risen to the pinnacle of success. He is the mastermind behind real estate development projects worth billions of dollars. He recently completed more than a billion-dollar worth of condominium conversions and was a partner in the top-three US condominium conversion companies.

Roberts assembled prime commercial properties across Miami and was a co-founder of the Miami Worldcenter, the second-largest mixed-use development in the United States. Projects like these have breathed new life and glamor into various sites, bringing an aura of wealth and prosperity into Miami.

Roberts also owns a 10-acre property next to the Miami Worldcenter and several oceanfront properties across Florida. He has an impressive 32-story residential building, the Metropolitan, which is located in Upper East Manhattan in his name.

Yet, these are only a few of the real estate projects the man has been involved in. Through the years, Roberts has purchased, owned and sold some of the prime sites in downtown Miami, which earned him the name, the real estate mogul.

Marc Roberts began making successful strides at a young age. He got into the sports and entertainment industry when he was only 19 and was the youngest promoter for professional boxing matches, a record he holds to this day. Just two years in, at 21, he secured his first World Championship through Donald Curry. He also managed Heavyweight World Champions Shannon Briggs, and “Merciless” Ray Mercer, among other World Champions.

In the years following, in his 20s, Roberts made yet another historic mark. He became the first and one of the youngest ever to make a sports management company, Triple Threat Enterprises, go public on the NASDAQ market. Adding on to this success, Roberts took on Worldwide Entertainment and Sports, another sports management company and made it public in only a few years. With just these two companies, Roberts raised more than $100 million, a significant sum that helped to raise the industry’s status.

During his time in sports, Roberts also authored “Robert Rules: Success Secrets from America’s Most Trusted Sports Agent” in 1998. The book details his life as a sports agent, and in it, he unleashes the winning moves he made to achieve success in his career. The book sold very well and became a fountain of career wisdom for existing and upcoming sports agents worldwide.

Marc Roberts made more investments in the entertainment industry, co-founded, and co-owned the world-renowned downtown Miami Club E11EVEN. The club became the top nightlife destination in all of Miami with the best food, drinks, service, and other forms of entertainment. The club grew to be one of the best and most luxurious in Miami and across the nation.

After enjoying much success in the entertainment industry, Roberts moved on to conquer another mountain. In his 20s, Roberts had developed an interest in real estate and invested in a few small projects. But, in 2000, he moved to Florida and began to concentrate on the residential real estate industry full time.

Mr. Robert’s achievements in real estate have been unfathomable. He is one of the people who have transformed downtown Miami’s face with incredible architectural projects, turning it into a symbol of class and development.

Through the years, as he made his way to the top, Marc Roberts maintained his foothold in the community through his philanthropic works. He relentlessly helps in various causes in the community, and these efforts have not gone unnoticed.

For example, in appreciation of him giving the largest single donation towards Alabama’s Special Camp for Children and Adults, the State Legislature honored Mr. Roberts and declared June 5 the “Marc Roberts Day.” In 2005, The Crohn’s and Colitis Foundation of America also gave Roberts the “Man of the Year” title for his contributions. He also served in their Board of Trustees for the Florida Chapter.

Roberts also founded the Metro-West New Jersey Maccabi Youth Games, Olympic-style sporting events designed to celebrate sportsmanship and to encourage community service among teens. The games host more than 6500 teens ages 13 to 16 from around the world.

Mr. Roberts is also admitted into the New Jersey Jewish Sports Hall of Fame, founded in 2019 to recognize and honor Jewish athletes and distinguished sports personalities around New Jersey.

It’s About Beating the Odds

The significant accomplishments Marc Roberts has made in his life have not been about money. Roberts knew big money early on in his career, and that has not been his drive. His ambition is founded on bringing dreams and visions to life, and working to prove people wrong with apparent ease. His mantra is to “Roll with the punches and triumph.”