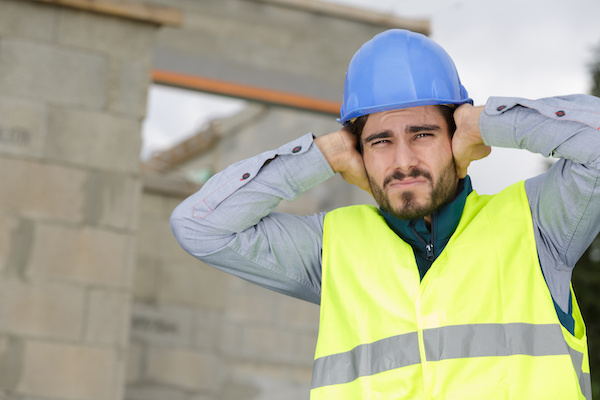 It’s not too often that people express concern or become worried about their ears. They’d feel more troubled if they had a really bad headache or if they came down with a bad flu. But when it comes to the health of their ears, people seldom pay attention to it. Oftentimes, they overlook potential problems with their ears or their sense of hearing.

If you’ve been hearing a ringing sound in your ears, or if you’ve noticed that you can’t hear as much anymore after some years at work, you can read some discussions on what you can do from this helpful site and other similar sites to gain more insight.

Here are some of the things that you have to know about work-related hearing loss.

Noise Can Damage Your Ears.

There are those who have been hearing a ringing or whizzing sound in their ears for years and they’ve just learned to live with it. Some might even have noticed that they couldn’t hear as much as they used to before, but going to an ear doctor is the last thing they’d think of doing.

Working or even just being in a place where there’s a lot of constant noise can do some serious damage to your ears. Maybe you haven’t noticed it, because you have been working with all that noise around you ever since. You might even have associated the constant noise as an essential part of your work. You know your shop is busy and business is good if you hear those motors and power tools at your workplace all day.

It’s easy to ignore hearing problems, especially since there is no physical pain or discomfort attributed to it. Because it’s subtle, you might not even realize how your hearing is slowly deteriorating. In some cases, loss of hearing is treatable. However, if you keep ignoring your condition, hearing problems can get worse over time.

What Are The Causes Of NIHL.

Noise-Induced Hearing Loss (NIHL) is one of the most common forms of loss of hearing. It’s the second most common, with loss of hearing due to old age as number one. The usual cause of NIHL is frequent or constant exposure to loud noises and sounds. It doesn’t even have to be a prolonged exposure. If the sound volume is highly excessive, even a short exposure can harm your ears. An example of this is when you’re in a firing range and you don’t use an ear cover for protection.

Sound is measured by its intensity or degree of loudness, commonly referred to as Decibel (dBA). Any sound above 85 decibels is considered bad for your ears. And if you’re always exposed to that intensity, it’s not unlikely that you’ll suffer NIHL sooner than most people.

To give you some idea, here are some of the typical sounds and noise that you hear every day and their decibel registers:

NIHL onset isn’t always immediate, as damage from harmful noise exposure can develop over time. But in some cases, NIHL can be immediate and permanent, especially if a person gets exposed to extremely loud sounds such as explosions or gunshots.

What Happens In Your Ears.

NIHL occurs when you suffer loss of hearing after being continually exposed to too much noise for far too long. The loud noise that you constantly hear and try tolerating every day can cause damage to the tiny hair cells in your ears. These tiny hair cells perform the function of sending sounds to your brain.

If something bad happens to them, sounds sent to your brain won’t be as high fidelity. The thing with these tiny hair cells in your ears is that once they’re damaged, they can’t be repaired or replaced.

Your ears were built for hearing, but not for suffering very loud noise in a day-to-day setting. Prolonged and frequent exposure to roaring noise or sound can certainly cause significant damage to your ears.

But if being exposed to loud noise is unavoidable- either because of the nature of your work or recreational activities you want to participate in, there are ways on how you can protect and take care of your ears. You can invest in a few hearing protection devices such as ear plugs, ear molds, ear muffs, noise-canceling earphones or headsets, and more.