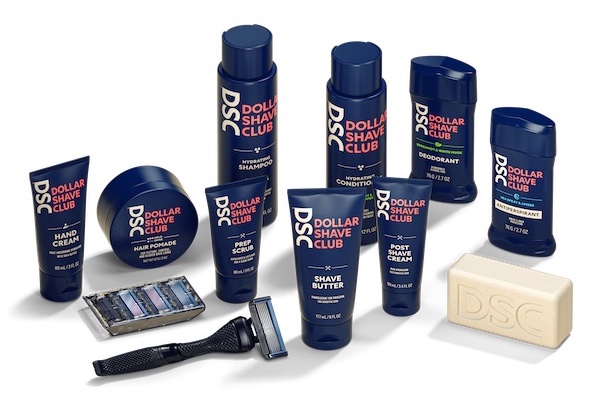 Oftentimes, there’s a razor-thin margin between success and failure. Not long ago, Gillette — which dominated the $3.5 billion market for razors and accessories for longer than a century — was challenged by a little upstart called Dollar Shave Club, which had just starred in their first commercial for a reported production cost of $4,500.

At Gillette, innovation mostly consisted of adding the occasional blade to its disposable cartridges, but there was little incentive to otherwise rock the boat of its delightful recurring-revenue model. After all, hair continues to grow, whether we want it to or not. Prices remained artificially high, and the whole industry had a stodgy image.

But Dollar Shave Club noticed that, though the razor itself was still quite relevant, the way they had been marketed and sold was quite antiquated and inconvenient. Dollar Shave Club entered the market with a far less expensive pricing model, and an “auto-ship” process that would ensure shavers had a fresh blade at the ready without leaving the comforts of home. Along with fun commercials, resonant social media and globalization helped prop DSC up with $200 million in revenue in its first five years. Dollar Shave Club eventually nibbled away $17 billion from the large shaving brands between 2013 and 2017. In 2016, Unilever acquired Dollar Shave Club for $1 billion.

It’s a time-honored “David and Goliath” story, but one that should serve as a stark reminder that no company is immune to watching its market share shaved away at the hands of a more innovative competitor or startup. And without a cultural commitment to innovation and new product development, it’s almost a certainty.

Here are three core lessons we can learn from successful, innovative companies like Dollar Shave Club:

Andy Grove, former CEO of tech giant Intel, once said, “Only the paranoid survive.” Though it may seem to be a difficult way to live, Grove’s point is well taken. You need to be constantly aware of what will disrupt your markets; how such disruption will impact you; and what you can do to stay a few beats ahead.

Massive competition, a change in regulations, or a seemingly modest change in technology can cause the ordinary rules of business to go out the window. But times like these can be an opportunity to win the marketplace and emerge stronger than ever, if managed well.

A commitment to innovation requires the ability to pivot on a dime if the data and trade winds are blowing you in a different direction. This can be difficult for big companies that become known for a certain brand and set of capabilities. Kodak learned the hard way that its unwavering commitment to print film products caused them to miss a very big digital boat. On the other hand, Microsoft saw its on-premise solutions falling out of favor and created a cloud-based subscription model, Office 365, that will ultimately ensure its survival.

Think about what companies had to accomplish during the pandemic as a more recent, and perhaps, for you, relevant example. We saw a company last year that developed on-premise backup solutions for small businesses. All of a sudden, with no notice, the majority of professionals were working from home, rendering the company’s core product offering moot. But, now we had executives and remote workers needing to back up their laptops from home, so we changed our roadmap and launched a cloud-based backup service within six months. Though it ultimately cannibalized some of our existing business, it created a new market for us to pursue.

This is the most critical element for any CEO to consider before they embark on their journey to innovate: They have to have the right culture that nurtures the desired behaviors. This includes the appropriate reward system for those who foster innovative thought; a commitment to curiosity (we don’t need time-tellers, we need clock-builders); and the ability to be externally-centric, and make innovation about your customer, their ecosystem, and creating value for them. It’s wonderful to have a cadre of confident and experienced veteran leaders who have led the company to its present success, but it’s better if they are willing to set aside conventions and listen to what the consumers, and the market, are saying.

At the end of the day, no company is immune to having its market share stolen from a more innovative competitor. Remember to keep abreast of current events so you can anticipate global trends, disruptions, and opportunities. Not only that, but also have the ability to quickly change direction based on those predictions. Most importantly, keep in mind that innovation can only happen in an environment which encourages serving customers in new ways. Following these principles, you are much more likely to successfully stave off competition!