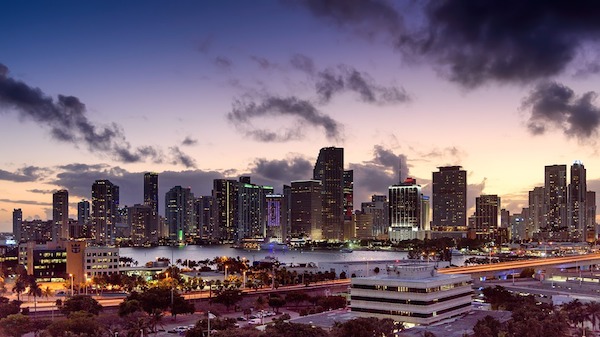 Miami wants to usurp the throne of Silicon Valley, and the governmental enthusiasm certainly backs this desire. The change in Miami’s tech status is a recent but welcome development for the local economy which has seen some downturn due to the pandemic as have other large cities. Interestingly enough, it was a few simple but well-placed billboards that have turned the tide for the Miami technology movement.

Some clever signage turned up in San Francisco earlier this year paid for by tech investors. A simple, but unavoidable black static billboard quoted a tweet from Miami mayor Francis Suarez,” Thinking about moving to Miami? DM me.” This led to an impromptu gathering of industry leaders in Miami dubbed SXSE. A viral tweet turned into a pivotal moment in possibly making Miami an industry leader. This illustrates not only the viral power of a tweet but the importance of well-placed and low-cost advertisements.

An additional static billboard that appeared in San Francisco featured a lone laptop on a Miami beach and held the caption,” You might as well code from here.” These billboards were reportedly sponsored by Alexis Ohanian, a Reddit co-founder as well as Uber and Airbnb investor Shervin Pishevar. These two gentlemen have made it well known they support the growth of the Miami tech movement. They selected the format of these two static ads to boost the viral aspect of the Miami tech boom. There is also a discussion that one or both investors have been purchasing property in the Miami area for just this purpose.

The potential to make Miami a tech hub is becoming a real possibility, and it is more than just a few investors or government leaders that can see the boundless potential. During tech week a brightly colored floating digital billboard was emblazoned with #MiamiTechWeek and was accompanied by a separate red neon quote in cursive stating, “I love where this is going…” The signage seems to invoke the future of technology. It can travel anywhere there is a message to be delivered. Location is no longer a limitation in any way when much of tech works within the cloud, but it can be a bonus. And the new physical location for tech innovation looks to be Miami-centric.

A selection of big-name companies like Microsoft, Icahn Enterprises, Hidden Lake Asset Management, and Blackstone have all made public intentions to use Miami as a new area of growth. A generous tax credit of $50,000 has made moving to the area very attractive. Bitcoin executives recently held an expo in the area to stake their claim as well after the Mayor allowed for local wages to be paid in Bitcoin. The perks of moving to or staying in the Miami area will likely see an increase before this all sees a climax.

In February Miami City Commissioner Ken Russell was appointed head of Miami’s new Tech Equity Task Force to ensure that the entirety of the city enjoys the wealth from the impending tech boom. Seeing the need to include the whole of the community in this massive change was wise on the part of Mayor Suarez and Commissioner Russell. In celebratory response, NASDAQ took the opportunity to thank the city with a wrap-around billboard message on an enormous high-quality tubular screen mounted on the corner of a prominent Miami building. The display easily stood amongst the other Miami billboards and spoke of the firm optimism of financial markets for the city’s rise in tech status.

Part of the fuel to this movement is continued shutdowns and restrictions in San Francisco due to the spread of Covid. Miami has been more business-friendly during the ongoing pandemic and has allowed for a return to work under more flexible rules. The lure of fewer rules has certainly garnered interest from investors at differing levels. The current atmosphere of pro-business is likely to continue even if some guidelines must be tweaked to end the pandemic.

These innovative uses of a variety of billboards with high visibility have introduced a unique way of changing a large metropolitan area for the better. For a relatively small investment on the part of those who bought the advertisements, one of the US’s largest and wealthiest cities has been imbued with a fresh profile as an environment friendly to tech startups and big business. All it takes is the right images and quotes and a whim of a tweet has become an industry changer.