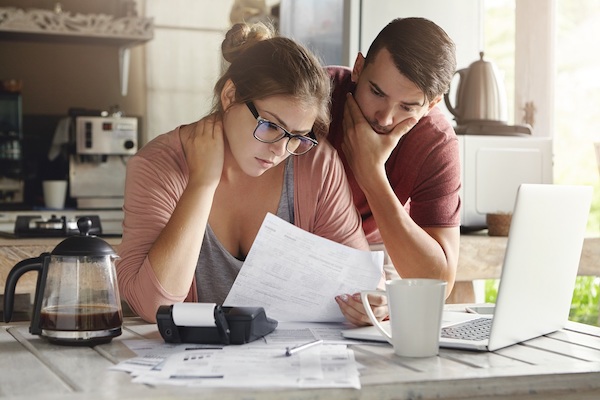 Regardless of the cause, debt is becoming a growing issue for older Americans, threatening to upend all of their retirement planning and transform their “Golden Years” into gloomy years.

The numbers are sobering. A Congressional Research Service report issued in 2019 found that 61.1% of households headed by someone 65 or older held some amount of debt in 2016. That was up dramatically from 37.8% in 1989.

The median debt for those older households was $31,050 and the average debt was $86,797. Each of those numbers was roughly three times the 1989 amount, even when factoring in inflation, the report said.

Anyone who has any debt at all knows that interest payments alone can carve a significant chunk out of your monthly budget that you would prefer to spend elsewhere. So, if you are in or near retirement, how can you go about reducing the debt that is frustrating your financial plans?

Here are a few suggestions:

1. Analyze and prioritize the debt.

If you take a look at all of your debt, the highest interest you pay is likely on credit cards. That’s where your job begins. Determine which card has the highest interest rate, make it the priority and start paying down that card. Also, scrutinize anything with an adjustable rate and factor that into your priority list. Right now, with interest rates so low, adjustable rates are not a major issue. But in the next couple of years it’s possible that could change and they could become significant.

Once you pay off a high-priority debt, you now have extra money in the monthly budget. Instead of splurging, take the amount that was being used on the debt you eliminated and add it to the amount you pay each month on another debt. This will accelerate paying off the second debt. As you knock off one debt after another, keep applying this principle to everything, including your mortgage.

It is important to know where your money is going and a budget can help you spot unnecessary expenses. Here’s an example: One of my clients wanted to pay off his mortgage before he retired, but struggled to make any extra payments. Then the pandemic happened and, as it dragged on, he and his wife discovered they had a large balance of extra cash in their checking account. Where did that money come from? When they began working on a budget, the answer to that question became clear. They previously had been spending $600 to $700 a month dining out, but with everything shut down that was no longer the case. Once we identified that “unknown” expense it became a simple decision; eat out less and pay off their mortgage or continue down the same path.

As simple as it sounds, the more time we spend assessing a large and expensive purchase, the more likely we are to realize we can do without the item we had our hearts set on. Or we might discover that there are other, less costly options. Yes, two weeks in Hawaii sounds tempting, but perhaps a shorter vacation closer to home would be the wiser choice. In this case, you trade “instant gratification” for a long-term sense of stability.

Most people need some type of motivation when it comes to the kinds of lifestyle changes that eliminating debt can require. That’s why it’s important to set attainable, tangible goals that will help you achieve your ultimate desired result. Also, monitor your progress. If you need to make changes as you go along, make them, but keep the big picture in mind as you do so.

Certainly, debt can seem overwhelming, and in some cases you may even need to consider delaying retirement until you get your finances where you want them.

But a fresh set of eyes can also help. After all, it’s difficult to be objective when we are knee deep in the weeds. A financial professional can help you sort through the different options, and assess your personal balance sheet to determine realistic timelines and dollar amounts that can go toward attacking that debt.

Then maybe the gloom can dissipate and the shine be restored to those “Golden Years.” 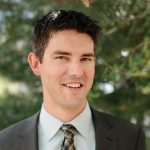 Joshua Lewis is an Investment Advisor with Layman Lewis Financial Group, a firm that helps retirees and pre-retirees develop strategies to work towards their financial independence. Lewis has worked as a financial professional since 2012 and has a series 65 license as well as a life/health insurance license.