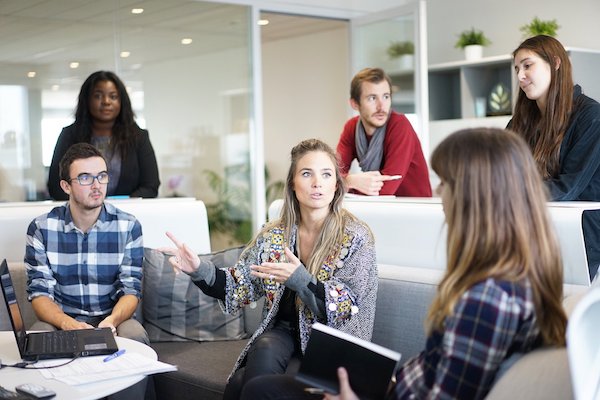 Conflicts in the workplace are inevitable. No matter how well you might try to keep things under control, there will always be issues between people that need to be addressed. And as the person in charge, it’s important that you deal with those problems in a way that’s perceived as fair by everyone involved. This will ensure the long-term stability of your company internally, and will promote a healthy working environment. There are some things you can do to minimize friction in the workplace and ensure that conflicts are resolved as smoothly as possible.

Let’s take a look at some of the more important points.

Get on Top of New Issues.

It’s important to get involved in problems as soon as they arise. Taking a proactive approach will help provide people with some much-needed reassurance when they are facing a conflict themselves. It’s a good idea to have some useful information handy so that you can assist affected employees immediately. The contact details for Minnesota’s workers compensation lawyers at Mottaz & Sisk is a good starting point. Mediation specialists can also be useful when no immediate resolution can be reached through normal means. You have to provide the same kind of support to everyone though – never prioritize specific employees when you’re weighing in.

Have an Open Channel for Communication.

Another good idea is to let everyone know that your door is always open in case anything goes wrong. In many cases that involve workplace conflicts, employees might feel reluctant to voice their concerns to higher-ups for various reasons. This should never be a factor in your environment, and the sooner you make that clear, the better you’ll be able to deal with the conflicts that come up along the way. Keep in mind what we mentioned above about transparency though – it applies with full force here as well. Open communication only works if it’s truly open – you must not provide it as an exclusive privilege to certain employees.

Don’t Be Afraid to Get Harsh.

In the end, being nice can only get you so far when you’re dealing with people who have no respect for rules and their interactions with other people. This means that you’ll unfortunately need to get harsh from time to time. But if that’s what it takes to ensure that people stay in line and don’t cause unnecessary trouble, it’s a relatively small price to pay. Putting your foot down at the right moments can strengthen the overall morale at the workplace over time. Of course, there’s a fine balance to this that you don’t want to overstep, because it will have the opposite effect.

All of this takes experience to apply properly. Don’t get discouraged if your efforts don’t go far in the beginning. Just take notes of what’s going wrong and what steps you’ve taken to address those problems. Don’t be afraid to speak with your employees and ask for their input either. You will be surprised by some of the ideas you’ll occasionally get, especially for conflicts where you are more detached.