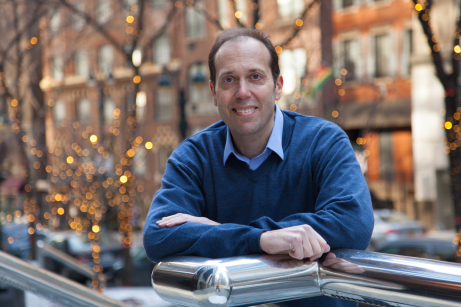 Beyond garnering great success within the financial world, David Milberg is a multi-talented individual working with numbers and has a robust background in the performing arts, supporting new and original music theatre with a host of Broadway producer credits add to that list.

David Milberg and the Finance World

David Milberg began his career in banking and finance immediately following his 1986 graduation from Princeton University. In the spring of 1987, David settled into his first big gig at Bankers Trust Company, working in an analyst position in the bank’s loan sales and syndications department. At Bankers Trust, Milberg assisted in primarily selling loans that the Bank had originated to large leveraged buyouts. Such clients included Ralphs Supermarkets, Northwest Airlines, and Kohl’s Department Stores. David remained with the firm until he earned the promotion that gave him a more senior position on the Banker’s Trust sales team. In this leadership position, Milberg was instrumental in securing loan purchase commitments of over one billion dollars. He left Bankers Trust Company, having served in different roles, including an associate’s post by the end.

David Milberg’s academic background was initially a Bachelor of Arts degree in history from Princeton University. Yet, this did not stop him from pursuing a master’s degree in business administration. This busy father of three followed his varied interest in finance to obtain an M.B.A. in the spring of 1991 from Columbia University’s Business School. Milberg was very successful during his time at Columbia, distinguishing himself from his peers by making the Dean’s List all four semesters of school, helping to earn him a teaching assistant position in the corporate finance department at the Business School. Besides making the dean’s list, David Milberg was honored to join the Beta Gamma Sigma honor society and receive an accounting prize from the New York State Society of Certified Public Accountants (NYSSCPA).

His career in the finance industry continued at Lehman Brothers in 1990 when he interned as a summer associate in their investment banking division. His dedicated approach earned him a permanent position immediately following his 1991 graduation from Columbia Business School. In almost five years, David Milberg rose in the ranks to become a Vice President in the investment banking division, a position that he held when he parted with Lehman Brothers, Inc in 1995.

While handling high-level clients, David Milberg’s expertise was regularly sought-after in different departments at Lehman Brothers, Inc. For example, he served in the Media and Communications Group, which preceded his successful contributions to the Natural Resources Group.

David Milberg was a jack-of-all-trades with Lehman Brothers, working on various transactions over a short period, including private placements, mergers and acquisitions, initial public offerings, a rights offering, and follow-on equity offerings.

While at Lehman Brothers, Inc., David Milberg worked closely with high-profile clients such as the Corporation for Public Broadcasting, Sun Company, and Centennial Cellular. His expertise in rights offering helped the firm land several large accounts in the media and communication sector. Client companies from this industry included Telewest Communications, Tele-Communications, Inc., Metrocall, and LIN Broadcasting.

Though flourishing, David Milberg exited Lehman Brothers, Inc. after achieving concrete goals set for himself. All in all, he worked for the giant investment firm for four and a half years. He departed Lehman to begin a new career immediately at Milberg Factors, Inc. in late 1995. His father, Leonard, remained influential in David’s decision to join a factoring and commercial firm that his father was spearheading at the time and that his grandfather had begun decades prior.  Leonard promised David that, in short order, he would become the president of Milberg Factors.

While at Milberg Factors, Inc., he managed the company’s transition to a modernized firm. This modernization included establishing a local area network, launching internet access and e-mail, developing online reports for clients. In addition, he supervised the upgrade of Milberg Factors, Inc.’s 401K plan.

His influential and game-changing decisions at Milberg Factors, Inc. also included landing high-profile clients for the company. From 2009 until 2015, David Milberg served as President of Milberg Factors.

When David stepped down as president of the firm, Milberg Factors had grown significantly. Even beyond his term as president, David remained active in the firm, managing banking relationships and handling specific client accounts.  He also participates as an active member of the company’s Board of Directors.

David Milberg Gives Back to his Community

Besides his professional experience and practice, David Milberg’s influence and contribution to the non-profit sector remain significant. While at the Milberg Factors, Inc., he supervised numerous non-profit initiatives that instigated recognition by renowned foundations such as the Metropolitan Jewish Geriatric. New York’s accountants and banker’s division of Big Brothers Big Sisters honored him in 2000 to salute his immense contribution to their institution.

David Milberg and the Theatre

Since its establishment in 1998, Prospect Theater Company has supported an outstanding and diverse group of emerging artists in NYC’s off-Broadway scene. Initially founded by five of Milberg’s fellow graduates of Princeton University, the theatre company has blossomed into a network of over 1,000 artists across the globe.  Over the past decade and during David Milberg’s tenure on the board, Prospect Theatre Company has presented the NYC/world premiere of over 30 new musicals.

Prospect Theater Company has become very vocal recently to serve the theatre community in NYC and beyond as an Anti-Racist organization. The company leaders and its board members, including David Milberg, are working diligently to create positive change within the theatrical field and the organization. The Prospect Theatre Company believes in a vision of a more equitable and just community. The company has made a firm commitment recently from their website to create an inclusive space for making and sharing musical theater.

David Milberg’s ties to the theatre go beyond the off-broadway community downtown and extend to the big, bold, and brash lights of Broadway. Milberg has served as a producer on a handful of Broadway shows, including his initial producing turn as a part of the team that mounted the record-breaking hit, The Producers. The musical premiered at the St. James Theatre in Manhattan’s Theatre District on April 19th, 2001. The musical showcased music and lyrics by Mel Brooks and a book by Brooks and Thomas Meehan adapted from Brooks’s 1967 film with the same name. It ran for 33 previews and 2,502 performances, starred Nathan Lane and Matthew Broderick, and won a record-breaking 12 Tony Awards, including the Best Musical Tony Award.  Since then, Milberg has been a part of several other producing teams, including the revival of Pippin, directed by Diana Paulus.

David Milberg’s professional biography could not be complete without mentioning his exceptional support to the Lincoln Center Theater and Lincoln Center Business Council.

David Milberg is as excited as the rest of the community to see theatre return to New York City in the fall after a very long period of darkness for the community as a whole since the coronavirus pandemic interrupted our lives in March of 2020. He’s thrilled to see the bright lights of Broadway all lit up once again and the theatre district back to its usual nightly bustle very soon.

How To Keep Sales High After The Holiday Season