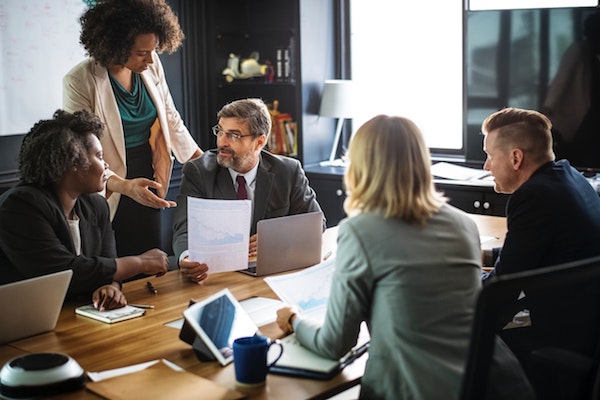 by May Habib, co-founder and CEO of Writer

“Synergy.” “Leverage.” “Paradigm shift.” Why do people talk like this at work?

People adapt to the conversational style of their workplaces, repeating its jargon no matter how ridiculous it sounds. As champions of clear writing, Writer cuts out wordiness and suggests crisper alternatives. While we see some pretty wacky prose, by far the biggest category of less-than-pristine writing is — you guessed it! — corporate-speak.

Here’s our top 20 list of the most annoying examples. These are the words we recommend you cut from your vocabulary, effective immediately. Your colleagues will thank you (though they may struggle to fill out their buzzword bingo cards as quickly as they used to).

Unless you’re talking about debt financing or employing the services of a simple machine, don’t say “leverage.” One of the hallmarks of great writing is simplicity. With that in mind, just use “use.”

We’re pretty sure we haven’t read a business pitch in the last ten years that doesn’t have this word. We acknowledge it’s sometimes needed, but must we really use it to describe people, teams, processes, documents, job descriptions, and project management? It’s time to scale back our use of the word.

As in “unlock the value.” Our data show use of this phrase has declined, even in corporate-land. So don’t date your business by using it.

If your product or service truly has no rivals, then you’re either a gazillionaire running a monopoly or you need to take a red pen to your latest competitive analysis. Either way, use your precious word count to say (or better yet, show!) why you’re better.

The 1980s called. They want their buzzword back. Besides having double the number of Ys any word should be allowed to have, “synergy” is right up there with Japanese’s “kanban” and Russian’s “perestroika,” except without the foreign cool factor.

Speaking of the 1980s. “Paradigm shift” is the “synergy” of change. Avoid it at all costs.

If “paradigm shift” is the “synergy” of change, “transformation” is the modern-day “paradigm shift.” Like avocado toast of 2015 cuisine and barn doors of 2017 home design, “transformation” is the “it” term of the 2021 business landscape. The word is usually paired with “digital” in “digital transformation,” which is a thing. Of course, it’s a totally overblown thing that means nothing anymore. Estimated at $6.8 trillion in global spend (IDC) — a whopping 70 percent higher than IT spend overall (Gartner) — it’s pretty much a free-for-all under which you could tuck virtually any technology investment.

What the heck does this even mean? Going fast? Just say “go fast,” then.

Unlike those other unfortunate or ill-advised terms, this one’s actually wrong. Well, if you’re using it in the context of technology that is physically installed in the corporate network, it’s wrong. Looking at you, technology marketers.

It’s either “home in” (like zero in on something) or “hone” (like perfect a skill). But “hone in” is just a weird mash-up that makes our head hurt.

While we acknowledge that this is actually a word (it snuck into the OED in the 1980s), it is totally unnecessary. In the spirit of clear writing, why not say, “put into use” or even “make happen.” While you’re at it, we’d suggest taking a good, hard look at any words onto which you’ve randomly tacked “ize.”

The problem with “literally” is it has become an everyword for emphasis. It has totally lost its meaning, which is simply a narrowing of something to its exact definition. In fact, the definition of “literally” is so limited, we’re not surprised it got hijacked for something broader.

As in “sales motion” or “go-to-market motion.” Not only is this term over-engineered, but it now sounds smarmy, thanks to overuse. In fact, we’re pretty sure you’re only allowed to say it while making an “air guns” gesture and clicking sound with your mouth.

We recommend doing a command-F on all your job descriptions for this word and deleting every instance en masse. Nobody wants to join the corporate ranks as a “ninja.” Unless, of course, you’re recruiting for a position as a spy in feudal Japan, in which case keep it.

Ditto the above. Particularly if it’s coupled with a seven-years-of-experience requirement. Because if someone’s so excellent in their role that they’re deemed worthy of the label “rock star,” chances are they’re not going to be interested in spending an eighth year in the exact. same. role.

Is it herbal medicine? OK. Then, no.

And now for the top spot, number one of our top 20 most annoying corporate buzzwords, we give you: “actionable insights.” Google this term and you’ll get 62 million hits. No matter how great this term is, if 62 million other people are using it, you don’t want to. 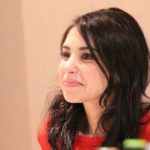 May Habib is co-founder and CEO of Writer, an AI writing assistant for teams. Before founding Writer, May was a vice president at one of the world’s largest sovereign wealth funds, where she was the first employee on the technology investment team, building a portfolio now worth over $20B. She is a member of the World Economic Forum, and is a Fellow of the Aspen Global Leadership Network.

Remote Workforce: A Guide To Managing Your Employees