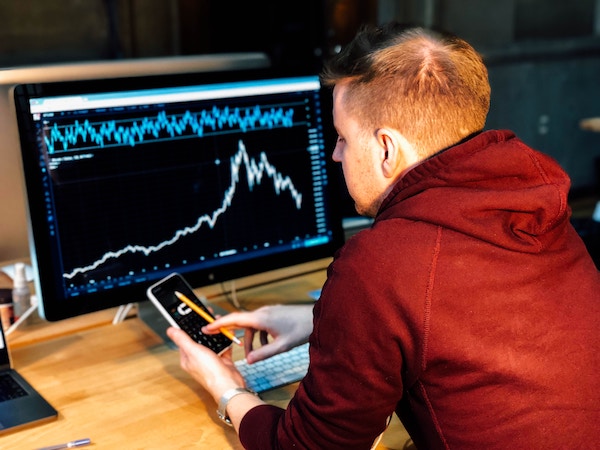 Since the emergence of the DeFi trend, a new term has also appeared in the crypto world: “Yield Farming”. What is yield farming, you may ask? Well, this is a term that refers to users trying to generate as much profit as possible from their crypto assets, through providing liquidity to DeFi protocols.

In fact, there are many investors who have invested a part of their capital into Yield Farming projects even though they are not really knowledgeable about them. Warren Buffett once said that he only invests in companies he understands well. If you are not knowledgeable about the Yield Farming projects you invest in, you will not be able to assess their future potential as well as the risks that you may face.

Therefore, to make it easier for you to learn about potential projects in this field, we will provide you with basic Yield Farming Terms in this article. It is important to understand these terms; because it helps you avoid many unnecessary asset losses or missed good investment opportunities.

The system provides liquidity to exchanges which are done automatically by liquidity providers through a decentralized exchange.

The market is in an uptrend and vice versa is in a downtrend. It is very easy for investors to make profits in a bull market (Bull Market), whereas it is very easy to lose in a bear market (Bear Market). Words like Bull, Bear, Bearish, Bullish also have similar meanings.

Blockchain refers to the entire data block of a cryptocurrency that records all the transactions that have taken place and the cryptocurrency address, the user’s private key, which is often called a distributed ledger.

A block of data in the Blockchain contains transactions and is bound to other Blocks. You can think of Blocks as a railroad car that is connected to other railway cars by a chain. All Blocks form a complete Blockchain.

The coin is a cryptocurrency that owns its own Blockchain, while a token is dependent on another coin’s Blockchain. However, some blockchains sync their coins as standard tokens for easy internal exchange.

Legal money. This is a currency created by the governments of countries such as VND, USD, EURO… The reason for this concept is to distinguish it from electronic money and exchange each other.

These are two opposite terms, FOMO is the fear of ignoring profits when a coin is rapidly increasing in price, and FUD is the panic that the market is about to fall sharply.

Initial crypto sale opening. This is a popular form of fundraising in the cryptocurrency sector. In which the project owner will sell a part of the cryptocurrency invented by them to make a profit with some popular cryptocurrencies such as Bitcoin, ETH, USDT… Investing in this form is quite risky because it is not guaranteed by anyone and is not recognized by law, investors can completely be cheated of all invested capital.

Similar to ICO but it is linked with exchanges to ensure the success of the project because the project is sure to list its cryptocurrency on the exchange. IEOs greatly affect the reputation of exchanges, so they are often carefully screened, but not all IEO projects are successful and profitable.

Primitive Block to create the next block in the Blockchain. This is a special blockchain that has spiritual significance for every cryptocurrency. Cryptocurrencies deposited in the genesis block will never be withdrawable.

These are two terms that mean the same thing; it’s just holding a coin for the long term regardless of market volatility.

Just a halving of the number of coins issued in the new block. Bitcoin Halving every 4 years, is the big event of the crypto industry.

Just a random-looking string of characters that has been mixed by an algorithm that encrypts the original data so that no one can know that data without a private key. This is the security basis of every cryptocurrency.

Hash generation capacity of a cryptocurrency mining system. This is a very important metric because it is directly proportional to the number of coins you can mine.

Only investors with extremely large capital; usually from a few tens of millions to a few hundred million dollars can manipulate the market.

The introductory text of a cryptocurrency; provides project details as well as technical information of that cryptocurrency. It is not necessary that this document be called a White Paper, this is a way of calling it initiated by Satoshi Nakamoto.

Through this article, you must have somewhat understood one of the most talked-about buzzwords today, “yield farming”, and the terms that go with it.

In addition to the above terms, Cryptocurrency and Yield Farming have a lot of concepts to dig into. Learn more about this new “farming” subject before considering becoming a “farmer”, because although Yield Farming can be profitable for users, it also comes with many risks.

As wise investors, we should consider the risks and challenges that come with it before entering the profession of “farmers” in the crypto world. See you in the next posts!