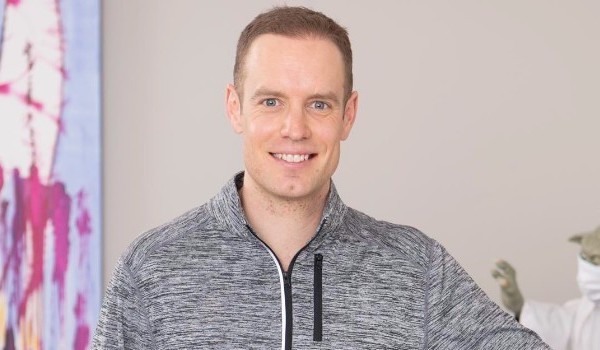 Being an entrepreneur can mean different things to different people. In broad strokes, it’s a person who’s running their own business while usually taking on a fair amount of risk — in the form of money, time, or effort. But an entrepreneur is much more than this boiled-down definition, and true mastery of the endeavor often requires a solid grasp of the so-called “entrepreneurial mindset”.

To better understand this concept, we’ve turned to the work of Jesse Willms, the widely known e-commerce entrepreneur who has made a career of mastering this mindset. Examining how he’s accomplished that provides plenty of wisdom for those seeking to follow in his footsteps.

A major pillar of the entrepreneurial mindset is the pursuit of knowledge. Successful entrepreneurs tend to be people who have fully internalized the value of learning on such a deep level that it makes up an intrinsic part of their worldview. A person with this mindset will identify gaps in their knowledge base and actively seek to fill those gaps. This stands in contrast to someone who might see such a gap and assume that there’s some overly difficult obstacle standing between themselves and the ability to educate in that space.

We don’t have to look hard at the life of Jesse Willms to see this idea vividly manifested, as it was a key early part of setting him on his path in the world of business. The start of that path came about when he was still just a teenager seeking out a direction for his life. He tried to engage with a few different disciplines before he happened upon the world of business, which then immediately resonated with his goals and disposition.

Using that initial interest as a jumping-off point, the young entrepreneur threw himself into the field and began to focus on education in the space. He read voraciously to accomplish that pursuit — this included stacks of memoirs and business texts aimed at giving him a solid foundation in the career. He pulled insights from the example set by some of the world’s greatest business minds  and began to contemplate how he might apply those insights to some of the problems present in modern society.

A Knack for Problem-Solving

The manner in which the young entrepreneur turned his base of knowledge towards seeking out problems speaks to another key aspect of the entrepreneurial mindset. This part of the mindset focuses on the ability to solve problems, which is a core tenant of business. In fact, in many ways, the endeavor of business as a whole is primarily concerned with identifying problems and coming up with compelling solutions to alleviate them. When a business is able to solve a problem better than others, consumers will often flock to that solution and become customers of the business itself. In this way, effective problem-solvers can rise in the business world whereas leaders lacking in this area may have difficulty finding traction in the space.

Embodying this aspect of the entrepreneurial mindset typically requires an innate curiosity that can be informed by the knowledge an entrepreneur is constantly trying to accrue. The more an entrepreneur learns about the world around them, the more aware they become of potential problems that may need solving. This allows them to break new ground in their field, set out to create novel solutions, and more fully embody the core of what it means to be a successful entrepreneur.

Critical Thinking According to Jesse Willms

Of course, there’s a world of difference between identifying a problem and successfully solving it. The history of the field of business is littered with inventions that claimed to have solved a problem but were lacking in some sense or another. This brings us to another key component of the mindset typically exhibited by successful entrepreneurs — critical thinking. Critical thinking is different than merely being able to identify problems and solve them. Instead, this style of thinking cuts to the core of what a problem is and centers around the nature of the issue, the need for a solution, what solutions have been developed in the past, and much more. Fundamentally, the pursuit of critical thinking is a question-based way of exploring a topic. Through asking questions, and examining the answers, an entrepreneur can come to a greater understanding of the task at hand.

Recent work by Jesse Willms provides a great example of how critical thinking can manifest in the real world. The entrepreneur has recently launched a network of websites aimed at providing free vehicle history reports to consumers seeking to purchase a pre-owned vehicle. This pursuit has arisen from an intensive process of questioning existing methodologies in that market and working for a greater understanding of how consumers typically make vehicle purchases.

This line of thinking has allowed the entrepreneur to hone in on some of the central issues that make purchasing a pre-owned vehicle difficult (lack of information), and some of the obstacles that stand in the way of solving those issues (high cost of vehicle history reports). From that pursuit, the entrepreneur worked to create a new offering that sought to solve the problem of expensive vehicle history reports by providing them free-of-charge and recouping revenue through sponsorship and advertising. This helps showcase the manner in which an inquisitive problem-solving process centered on critical thinking can help fuel a range of entrepreneurial endeavors.

The Power of Persistence

The example of the business leader’s latest pursuit also helps to highlight one additional aspect of the entrepreneurial mindset — persistence. Though he’s already made a name for himself in the field of e-commerce, creating a business with revenue in the hundreds of millions of dollars, he is still seeking to innovate and solve problems to this day. This speaks to his innate drive to stick with a point of focus in the long-term and continuously innovate new and creative ideas.

This drive can be applicable to entrepreneurs in any stage of their own journey — whether they’re just starting out or they’ve got a litany of successes under their belt. Persistence allows  entrepreneurs to not only workshop an idea until it rises to its fullest potential, it also allows them to withstand failure and grow throughout their trials and tribulations.

An entrepreneurial mindset can be a key part of a person’s journey in the world of business. At a high level, it consists of a proclivity for learning, problem-solving, critical thinking, and persistence. While these ideas can seem somewhat abstract at times, the above examples pulled from the work of Jesse Willms can help to illustrate this mindset in action. While there are certainly other components that contribute to the work of an entrepreneur, the cultivation of this mindset can be a key factor in finding success across a wide range of business endeavors.