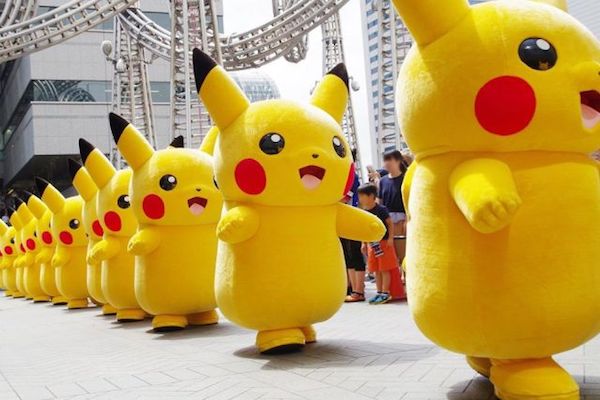 It is no secret that the marketing and advertising industries foster some of society’s most interesting and innovative talents. Japan is one of the top countries spending the most on advertising. As you can imagine, this also makes Japan one of the most competitive markets in the world with advertisers striving to be the most creative. The culture of relentless competition and seemingly endless creativity has resulted in a number of globally viral ads.

For United States companies aiming to succeed in the Japanese market, thinking outside of the box is a top priority as surreal advertisements are having a very real impact on consumers.

A Brief History of Japanese Advertising.

Even in the 1800s, there was still a ton of color used in images on flyers for advertisements. When more modern advertising techniques came to the forefront in the early 1910s, a transition to fewer words and more imagery was seen. Creative television ads entered the scene next, as well as iconic print ads with celebrities. Digital ads that especially touch the heart and make a lasting impression are the most memorable throughout history.

Japan is a leading center for innovation, boasting a very attractive environment for business and living. Japan also represents one of the world’s largest economies and ranks high in terms of gross domestic product (GDP). Many U.S. companies are drawn to Japan because of its very developed consumer base. The market in Japan is also often used by many businesses as a test location because many surrounding markets look to Japan for trends. Businesses can test their products and get a good understanding of customer expectations and preferences, even before properly establishing the company within Japan.

One of the most crucial means to enter the Japanese market is through a robust communication system. Establishing communication systems in Japan may be seen as an initial hurdle. Luckily, purchasing Japan virtual numbers — such as a local or toll free number in Japan — is a simple and cost-effective way to instantly connect your U.S.-based company to Japanese clients.

The advertising industry in Japan is the third-largest advertising market in the world. The total amount spent on advertising has grown steadily over recent years, reaching close to seven trillion Japanese yen by 2019. The size of the advertising industry makes it one of the most important industries in Japan. It accounts for over one percent of the nation’s nominal gross domestic product (GDP). Any U.S. business looking to compete in the Japanese market must pay close attention to this in order to put an appropriate marketing plan in place.

It is also imperative to understand that Japanese consumers prioritize brand reputation, trust, quality, and value over price. Japanese consumers, unlike many in Western cultures, view marketing positively and rate advertising as eye-catching versus distracting. Taking these facts into account as you build your Japanese marketing plan is essential.

Tips to Keep in Mind When Advertising in Japan.

Other tips to keep in mind when mapping out your advertising plan for the Japan market include:

Think of people dressed in flamboyant costumes and entertainment in the form of comedic skits and other storytelling narratives and performances. These, sometimes labeled “ridiculous,” narratives have been winning over audiences in Japan for some time and the left-field approach is what is expected to remain dominant in advertising in Japan.

Also, consider that greater access to the Internet and prominent social media platforms is on the rise. The Internet overtook television as a leading medium in terms of advertising spending for the first time in 2019 and mobile use is very high during train commutes to and from work, which creates a high potential for advertisers. Keeping this focus on the digital realm in mind when coming up with creative options for advertising in Japan is important in terms of designing creative output.

A third approach is to connect with consumers in their language. Strategically localizing content that is relevant to your target market in Japan is the best approach and the use of at least some in-language content is actually a legal requirement, even for foreigners advertising in Japan. Localizing content and using the language of your target market gives the best chance at building trust, brand loyalty, and engagement.

KitKat is a great example of a localized focus. Adopting a localized Japanese name, “Kitto Katto” and incorporating over 300 limited-edition flavor varieties with some presented seasonally and others offered only in specific Japanese regions, they have developed a unified approach to aligning with the Japanese market. The flavors offered in specific regions are based on fruits and foods from those areas and are not typically available anywhere else. These limited-edition flavors build hype for the KitKat brand and they help build an emotional connection with consumers across Japan.

Communicate Effectively and Creatively for Success When Advertising in Japan.

One form of advertising may work better than another in a specific location or culture. United States companies advertising in Japan should be sensitive to the differences in their audience’s preferences and tastes. Establishing communication systems by purchasing toll free number(s) for international countries or purchasing virtual numbers local to your target regions in Japan will be a first step in starting to communicate and relationship-build with consumers in Japan. When understanding the history of advertising in the Japanese market and what grabs the attention of Japanese consumers, it becomes apparent that creating localized campaigns is critical. It is important to understand that advertising in Japan is less about selling the benefits and features of services or products and more about creating memorable connections with your audience.

Utilizing creative options to advertise in Japan – think colorful, bold, and emotional connectivity – will help you integrate your brand into Japanese culture and ensure the longevity of your U.S. company in the Japanese market.

Barcodes Explained For Those Using Them In Business

Barcodes Explained For Those Using Them In Business

4 Reasons Your Website Isn’t Generating Massive Sales (And What You...