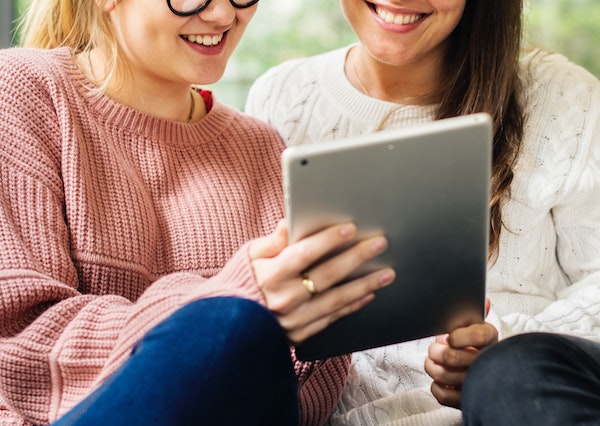 There are plenty of tech companies out there that have been around for some time. Each and every company has its own story to bring to the table. Each is different but somehow they have become a big impact on many people’s lives. The founders of the companies all have stories to share. Some aren’t even here anymore but are still run by a CEO who has pointed the company in a direction that is positive. Many people follow the market closely and watch these companies’ stock ratings every day.

Here are the top five tech companies in the world and each of their success stories. Each ranking will be based on stock ratings.

The world’s industry-leading devices provider, Apple Inc., is, of course, the most popular in the world. The company has become the most valuable company in terms of company and stock success in the tech sector.

The company has many loyal fans around the world that use most of the devices that roll out each year. No matter the cost, there are people who are willing to buy the products.

The company was founded by three people: Steve Jobs, Ronald Wayne, and Steve Wozniak. The company started out as a company that was focused on home computers, and the earliest models of a personal computer or PC. However, over a decade later, their main success came from the line of iPhones and iPads that were released each year in the 2000s.

These two main products were the driving success of the company’s wealth and fortune. It also drove the way to success in the stock market.

Today, the products that Apple has on its website and stores vary. From the AirPods, Smartwatches, and MacBooks, Apple has continued to gain popularity and will probably continue this trend for years to come. Apple’s headquarters are located in Cupertino, CA.

Microsoft is the second-largest tech company that exists in the world. The company is mainly known for the software and PCs that the company rolls out each year. The company is worth $1.6 trillion in market capitalization.

The company was founded in 1975 by both Bill Gates and Paul Allen. Their primary focus was giving people access to a computer that was easy to access, user-friendly, and personal — the first PC. They were also focused on giving the people software for the home. And that was how Windows software was born.

Amazon, in terms of market value, is a company that is known for retail selling. The company is also one of the most expensive stocks that are out there. People may say that Amazon is more of a retail seller company than a tech company, but Amazon has been able to bring innovative products to the table in terms of tech. However, the success of the tech-related makes up 15% of the revenue each year.

The main thing about this company is the popularity of Alexa and the Echo dots. These are found in many homes around the world. The company was founded by Jeff Bezos in 1994 and headquartered in Seattle, Washington.

Some of you may not know what this company is. However, it became the scope of the Google Search Engine that many of us use today. The company has become a sub partner of many other companies since many use the service.

One of the popular social media apps around the world, Facebook is also considered a technological success. Facebook was founded and developed by Mark Zuckerberg in 2004.

The social media platform is accessible and used by more than 2 billion people around the world. However, the app has its limitations, so the company now owns some of the other popular social media apps that we know of such as Instagram and WhatsApp. Facebook is headquartered in Menlo Park, CA.

Most of the companies are also found and recognized in articles posted by the New York Times. How much growth are we expecting to see in these business giants? Only time will tell, but as to what they have done already, anything is possible.